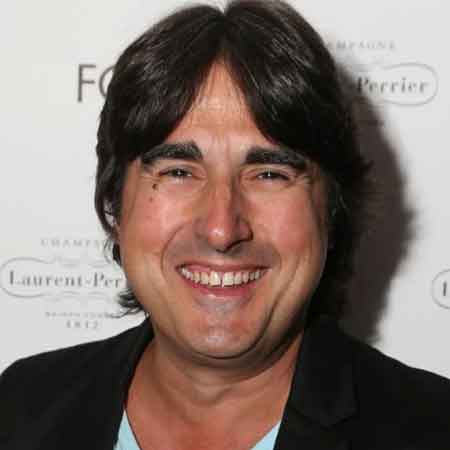 One of Australia’s most accomplished & adored comedians Nick Giannopoulos rose to fame as the comedian star of Wogs Out of Work. A versatile personality, Nick who started his career from stage performances has now come a long way. He has been a part of several popular movies and television series including The Wog Boy and Acropolis Now. He also won a number of prestigious accolades like two Mo Awards.

Nick Giannopoulos was born on 1 July 1963, in Melbourne, Victoria, Australia. He is the son born to the Greek immigrant parents. He spent most of his early life in the inner Melbourne suburbs of Fitzroy and Richmond. He attended the Abbotsford Primary School and Richmond High School.

In the year 1981, Giannopoulos went on to study drama at Rusden State College and was a student in Media Studies. He graduated from the Victorian College of the Arts.

Nick Giannopoulos started his career featuring in the groundbreaking stage show Wogs Out of Work. He also created and featured in the TV sitcom Acropolis Now. The show aired on Channel Seven from 1989 until 1992. Similarly, he developed a new comedy series Get Nicked in the year 2005.

Giannopoulos became the director and star of the play The Heartbreak Kid. Besides, the comedian also appeared in a number of movies such as Wog Boy 2: Kings of Mykonos and The Wannabes. In the year 2000, he was a cast in the movie The Wog Boy sharing the screen along with Vince Colosimo, Lucy Bell, and Stephen Curry.

Giannopoulos also won a number of awards, the Comedy Star of The Year award and two Mo Awards for Best Comedy performer of the year in 1998/99.

Nick Giannopoulos' Net Worth And Earnings

Nick Giannopoulos has earned a decent amount of money from his illustrious career. He has an estimated net worth of around $6 million, according to celebrity net worth, as of 2018. In the year 2000, he was a cast in the movie The Wog Boy. The movie became the instant hit at the box office grossing more than $11.4 million worldwide.

Giannopoulos is a proud owner of Ford Mustang which worth around $25,585.

Nick Giannopoulos is not married yet but is dating his girlfriend musical artist DJ Femme. The couple is together for a few years and is spotted at many places together.

Giannopoulos also had an affair with a  blonde bombshell Natalie for one and a half year. In May 2017, he was seen spending time with  KIIS FM's Jackie 'O' but it was nothing serious between them,

Taking about his online presence, he is active on social media-Instagram and facebook and has thousands of followers.

Here is an interview with comedy king Nick Giannopoulos.