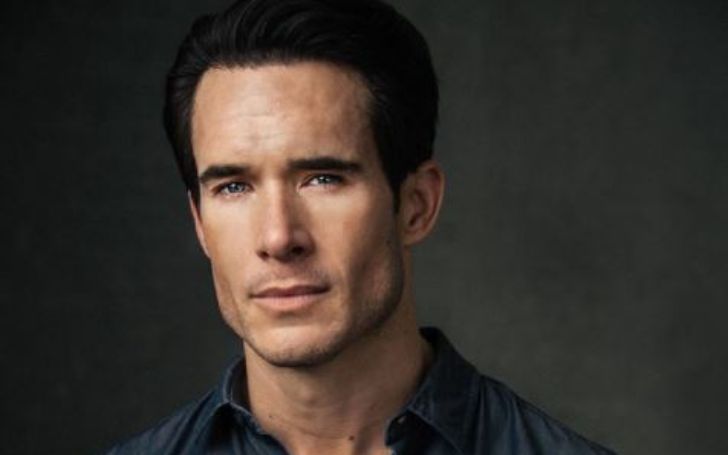 Nick Ballard is an American actor who is very famous for his appearance in the  The Stunt Double, VHYes, and  Deviant Love.

Nick Ballard celebrates his birthday every year on May 10 however the actual years of his birth are missing. He is of American nationality while his ethnicity is missing.

He was raised by Connie Ballard(mother) alongside a brother named Daniel Ballard.

Who Is Nick Ballard Married To?

Nick Ballard is married to Natalie Fabry. They shared the wedding vows on November 10, 2013, after several years of dating relationship. 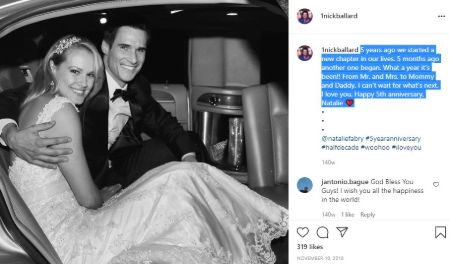 Together they have shared a daughter,  Logan Fabry Ballard born on May 31, 2018. After the birth of their firstborn, Nick officiate the news through Instagram sharing the post of newly born baby and captioned it,

Citizens of the World, I’d like you to meet our daughter, Logan Fabry Ballard! She was born at 3:21am on May 27. She’s healthy, good tempered and so cuuute!! @nataliefabry was a true hero though the whole process. I’ve never been so grateful in my life. We couldn’t be happier.

The family of three is leading a happy life.

Nick Ballard has a net worth of $1 million as of 2021 from his career as an actor since 2004. He has more than 50 acting credits in his name from his decade of career.

He made his acting debut in 2004 from his appearance in the TV series, Dr. Vegas as Michael Carlin. After two years he was cast in the movie The Christmas Card and Azira: Blood from the Sand.

He is well known for his portrayal in the American science fiction Western and dystopian television series, Westworld. The other cast of the show includes Evan Rachel Wood, Jeffrey Wright, James Marsden.

Some of his notable work includes Cold Case, Sammy's Pills, Two Million Stupid Women, Valentine, Off Campus, All the Wrong Reasons, 90210, The Tonight Show with Jay Leno, Recovery, Days of Our Lives, Operation Barn Owl, The Rose Window, The Party Is Over, Westworld, The Spruces and the Pines, Hollywood Darlings, Little Black Lie, The Haves and the Have Nots, Love by Drowning, Commercial Mom.

Also, he is set to appear in upcoming projects such as The Right Mom, Shallow Water, The Crossroads, and All Eyes.