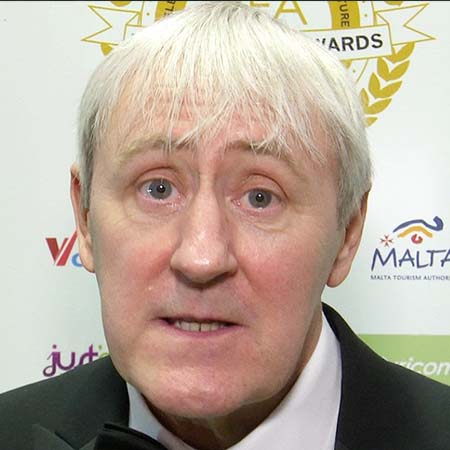 English-born actor Nicholas Lyndhurst is known for his role as Rodney Trotter in Only Fools and Horses. He also gained recognition as Gary Sparrow, his role in Goodnight Sweetheart. Besides, his film credits include Bequest to the Nation and Lassie. Along with his splendid professional career, Nicholas is also leading his decade long marriage journey with his wife Lucy Smith.

Actor Nicholas Lyndhurst was born Nicholas Simon Lyndhurst on 20th April 1961, in Emsworth, Hampshire to father Joe Lyndhurst and mother Liz Long. He grew up in his hometown where he studied at Corona Theater School.

He is a grandson of Francis Lyndhurst, who was a theatrical scenery painter and film director. Information about his siblings is not revealed in the media. He is a British as per his nationality and belongs to the White ethnicity.

Nicholas Lyndhurst started his career in the 70s appearing in the television advertisements and children's films. In 1976, he landed his lead role in The Prince and the Pauper which later turned his breakthrough movie.

Lyndhurst first gained nationwide recognition when he played in the sitcom Butterflies at the age of 17. He worked in the series from 1978 to 1983. From 1993 to 199, Lyndhurst played the complex lead character of Gary Sparrow in Goodnight Sweetheart. He won two Most Popular Comedy Performer Award for his role in the series. 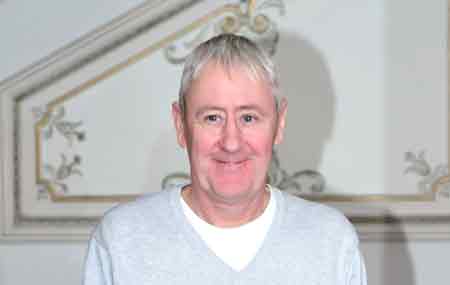 Lyndhurst's other television credits include Only Fools and Horses, The Piglet Files, After You've Gone, and New Tricks among others. In 2019, Lyndhurst played the Governor in Man of La Mancha for English National Opera at the London Coliseum.

Talking about his filmographies, he has worked in six films by far that include A United Kingdon, Lassie, Gunbus, Endless Nights, Bullshot, and Bequest to the Nation.

Besides, Lyndhurst also worked in radio program My First Planet.

Actor Nicholas Lyndhurst has worked in over two dozen television series, about six movies and some theater play from which he has earned a good sum of money. As of 2019, Nicholas Lyndhurst's net worth is estimated to be around $5 million.

According to some websites, Nicholas Lyndhurst is one of the 15 richest British comedy actors that enlists Rob Brydon, Sir David Jason, Dawn French, and Jimmy Carr among others.

The comedian Lyndhurst lives in West Wittering, West Sussex, which is home to famous actors like Keith Richards, Kate Winslet, and Michael Ball.

The actor has a house in West Wittering, United Kingdom that worth is reportedly is over $1 million.

Nicholas Lyndhurst is a married man of age 58. He has been married to a former ballet dancer Lucy Smith Lyndhurst since 1999. The couple exchanged their vows in Chichester, West Sussex.

The lovebirds have spent over two decades together as a couple during which they gave birth to a son, Archie Lyndhurst (born: 2000). His son Archie has also been following his father's footsteps and is now one of the emerging actors in the world of intertainment. He has already worked in over five projects. 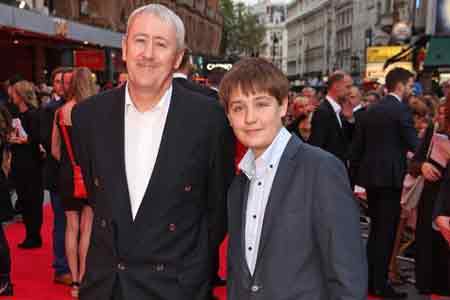 As of now, the actor lives in London with his spouse Smith.