Niall Matter is a Canadian actor best known for playing the role of Trent Hamilton in the TeenNick television series The Best Years and Zane Donovan on the Syfy series Eureka.

Matter, who previously dated Graceland star Serinda Swan, has been married to Sara Bradley with who he shares two children.

Niall Matter was born on October 20, 1980, in Edmonton, Alberta, Canada, under the birth sign Libra. His parents raised him on their dairy farm.

As of 2021, Matter is currently 40 years old. He is of Canadian nationality and belongs of Irish and Russian descent. As for his height, Matters is 6 feet (1.82 m) tall.

He has a brother named Trevor Matter. Regarding his educational background, Matter studied acting at Vancouver Film School in British Columbia.

Later in 2007, he portrayed Trent Hamilton in the first season of the TeenNick television series, The Best Years, alongside Charity Shea, Athena Karkanis, and Brandon Jay McLaren.

Niall Matter is one of the most successful Canadian television and film actors. Therefore, it is certain that the Stargate Atlantis star has accumulated a decent amount of fortune to his bank account.

According to the Celebrity Net Worth website, Matter has an estimated net worth of $4 million, as of 2021.

The current salary of the actor has not been disclosed but as per the report, while appearing on the third season of Eureka, Matter was getting paid $60,000 per episode. Additionally, he reportedly earned around $500,000 per year while appearing on seasons 3, 4, and 5 of the show.

Moving towards the relationship status of Niall Matter, he has been married to Sara Bradley. The couple tied the knot in a private ceremony in Hawaii in July 2016.

It's unclear when exactly the couple started their relationship but they reportedly dated for years before walking down the aisle. The husband-wife duo shares two children, one born in 2016 and another in 2018. 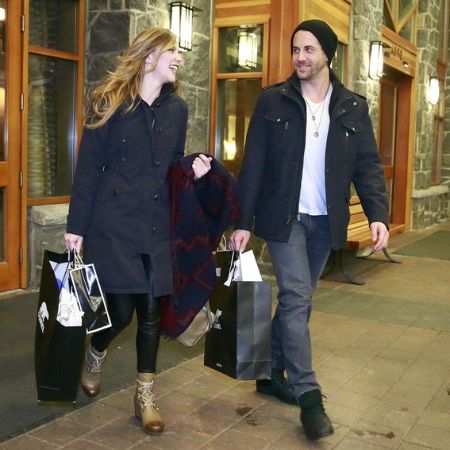 Matter was previously in a relationship with actress Serinda Swan who is best known for her appearance in Graceland.

1. How much is Niall Matter worth?

Canadian gem Niall has an estimated net worth of $4 million, as of 2021 with annual earnings of $500k.

Though Matter does not play professional hockey, he is a huge fan of the sport. He has been spotted at many games over the years and also played the role of a hockey player in the Hallmark movie Frozen in Love.

3. Who is Niall Matter's wife?

The actor is married to Sara Matter who is a Canadian businesswoman. The couple tied the knot in a private ceremony in Hawaii in July 2016 and shares two children.

4. Does Niall have a brother?

Niall Matter was born on October 20, 1980, in Edmonton, Alberta, Canada, under the birth sign Libra. His parents raised him and his brother Trevor Matter on their dairy farm.