Newt Gingrich, born as Newton Leroy "Newt" Gingrich, is an American politician and author by profession. From 1995 to 1999, he worked as the 50th Speaker of the United States House of Representatives.

Besides, he is married thrice and has two children from his marital relationships. Unfortunately, two of his relationship ended in a divorce. He currently lives with his third wife.

Let's find out about his career, lifestyle, and his marital relationships.

Who Is Newt Gingrich?

Newt Gingrich is an American politician and author by profession. While he is currently active in his professional life as an author, he had been active as a politician for a very long time.

From 1995 to 1999, he was active as the 50th Speaker of the United States House of Representatives. Likewise, he also was a member of the Republican Party and the U.S. Representative for Georgia's 6th congressional district active handling his duties at North Atlanta and nearby zones from the year 1979 until he resigned from the post in 1999. 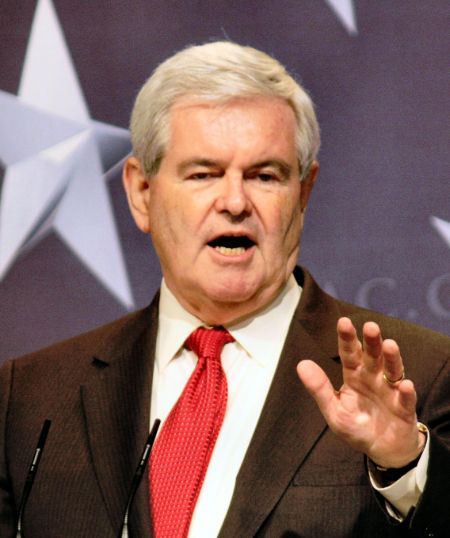 In the year 2012, Gingrich stood as one of the candidate for the presidential nomination. Well, to his fortune, in November 1978, Gingrich went on to win the election to the U.S. House of Representatives, becoming the first Republican to stand in the position.

Besides, he has also worked as a professor of history and geography at the University of West Georgia in the 1970s

77 years old Gingrich was born on June 17, 1943, as Newton Leroy McPherson at the Harrisburg Hospital in Harrisburg, Pennsylvania. His mother Kathleen "Kit" (née Daugherty; 1925–2003) was a housewife.

He has two fathers. While Newton Searles McPherson was his biological father, Robert Gingrich is his step-father from his mother's other relationship.

Gingrich grew up with his mother and stepfather Robert in Hummelstown (near Harrisburg)where Robert was stationed.

He Is Married Thrice

Newt Gingrich is married thrice. He was first married to Jackie Battley. The couple got married in 1962 and eventually divorce almost after a relationship of over 19 year. Their divorce was finalized in 1981.

Newt married for the second time in 1981. This time, he married Marianne Ginther.â€‹ However, like his previous relationship, his marriage again ended up in a divorce in 2000. 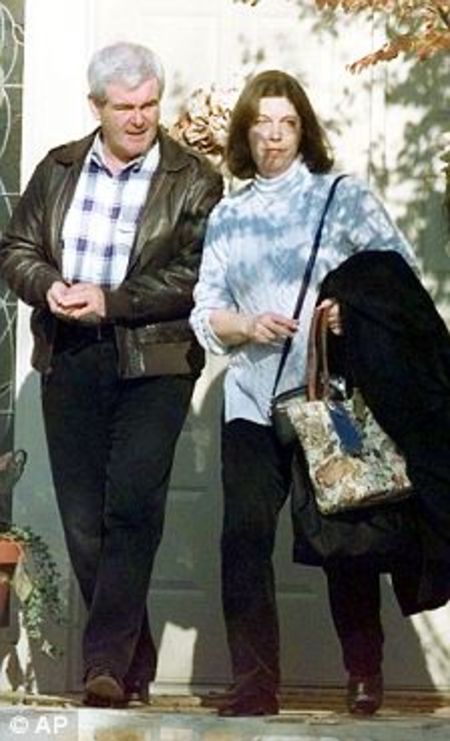 As of 2020, he is married to the United States Amba s sador to the Holy See, Callista Bisek.  They got married in 2000 and have been together ever since.

From his relationship with his first wife Jackie, he has two daughters Kathy Lubbers and Jackie Gingrich Cushman.

As per Celebrity Net Worth, Newt has a net worth of around $9 million. Likewise, back in 2010, his annual salary was estimated at $2.6 million.