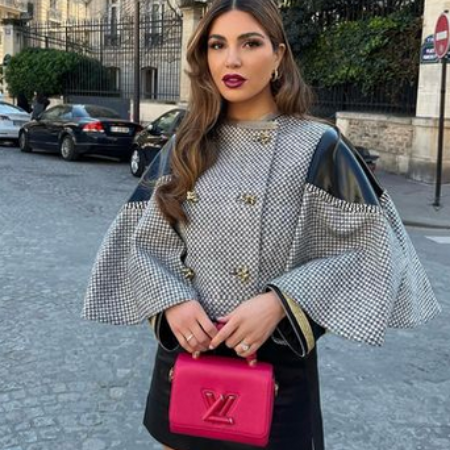 Negin Mirsalehi is a social media star and businesswoman from Amsterdam, Netherlands. She is famous for her blogs related to beauty, fashion and lifestyle. Further, the Instagram Influencer is earning good money from her business with her fiance, Maurits Stibbe.

How Tall Is Negin Mirsalehi? Age and Education

Negin Mirsalehi was born on 2 November 1988, making her 33 years old as of March 2022. She was born under the birth sign Scorpio and belongs to Dutch nationality. The social media star might have spent her childhood in Amsterdam, the Netherlands, with her family members. However, she hasn't spoken much about her parents and siblings. As per the sources, she was born to Iranian parents, a businessman (father) and a hairdresser (mother). Furthermore, Mirsalehi was raised alongside her sister, Negar Mirsalehi.

The beautiful lady is 5 feet 7 inches tall and weighs around 58 kg. Mirsalehi has an attractive look, and she might be a fitness freak. Further, the businesswoman has brown hair and brown eyes. Looking at her Instagram account, it seems like she is fond of traveling and spending quality time with her family members.

Moreover, the resident of Amsterdam is a graduate of the high school of her hometown. Later, she enrolled in Vrije Universiteit Amsterdam and earned a degree in international business management. No doubt, the media personality was thinking of a business career from the beginning.

What Is Her Relationship Status? Who Is Her Husband?

The social media influencer is currently living a happy life with her fiance, Maurits Stibbe, a businessman. The duo is high school Sweetheart—the pair dated for many years before taking their relationship to the next level. Mirsalehi announced her engagement on 2 July 2021 through her Instagram account. The couple got engaged on holiday in Italy. 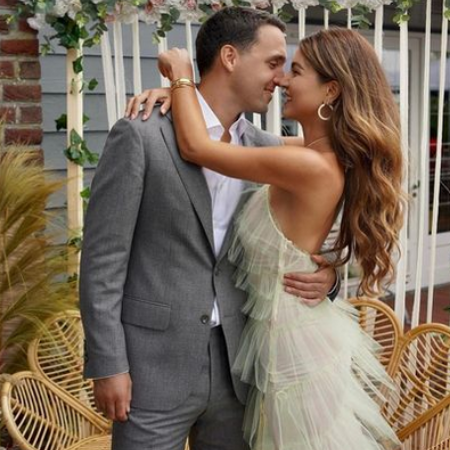 Besides, there is no information about her wedding plans. Moving onwards, the beautiful pair shares amazing chemistry. Negin's Instagram account is flooded with lovely pictures of the couple. Furthermore, the social media star seems to be pregnant as per her Instagram handle. However, further details are missing.

As mentioned above, Mirsalehi is a businesswoman c u m social media star. She has an estimated net worth of around $1 Million. However, some tabloids claim her to own around $2.5 Million. Though her exact net worth and earnings are missing, one thing is sure Negin lives a luxurious life with her family members. Furthermore, Mirsalehi, along with her fiance, Maurits Stibbe, is running a successful business of hair products called Gisou. The pair might draw a considerable profit from their venture, which they co-founded in 2015.

Additionally, the businesswoman earns good money from her vlogs related to beauty, fashion and lifestyle. Also, she shares some of the sweet moments of her personal life. As per some online sources, she started blogging in 2016. With her beauty tips, she became famous in a short time. As of the writing of this article, Negin has 6.9 Million followers on her Instagram account and her estimated earning per post is $13883- $23138 with an engagement rate of 2.95%. Undoubtedly, the social media Influencer earns good money from brand endorsements and advertisements just like Helga Lovekaty.