NBC's Kasie Hunt Married Her Colleague, All The Details Here 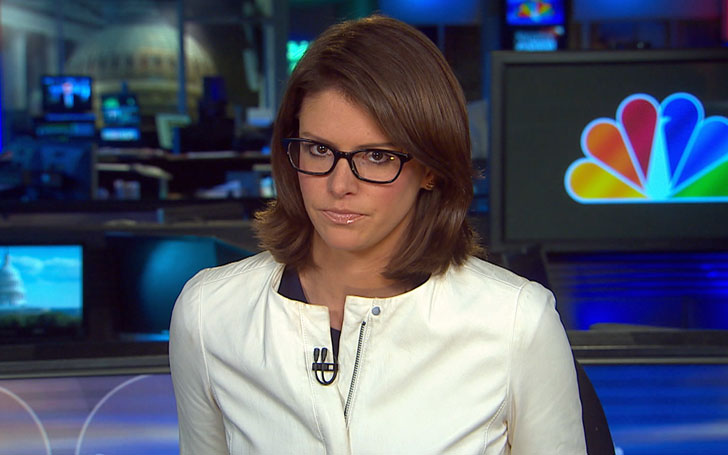 Eager to get exclusive details on Rivera and Hunt's marriage? We have all of it!

Kasie Hunt married her longtime boyfriend Matthew Mario Rivera on May 6, 2017, the couple was engaged in August 2016. Their wedding ceremony took place in Shenandoah Woods in the presence of their families, friends, and Baptist minister Va. Marian Sieke.

Kasie and her spouse Rivera met for the first time at NBC News in Washington. She is now the Capitol Hill Correspondent and Rivera is the senior digital producer of 'Meet the Press. At their reception party, Hunt told Washington post about her marriage,

We were so touched that so many of our friends and family were willing to make the trek out to spend a weekend celebrating away from all the noise and distraction of our crazy lives in journalism.

After the wedding, the couple went on a honeymoon nearby Washington. The newly married couple seems happy and is already back to work.

Kasie and her husband Matt first met in 2012 at NBC News. Work friendship eventually turned into a romantic relationship for this couple. They ended up getting engaged in August 2016 and their engagement was announced in NBC's morning show Joe by Joe Scarborough and her co-host Mike Brzezinski.

Kasie's husband Matt Rivera graduated from New York University. He is on the NBC News since 2010. Currently, he serves as the senior digital producer at Press Meet NBC.

Does The Couple Have Any Child

Kasie Hunt and her husband Matt Rivera recently welcomed a new member of a family. She announced her pregnancy with her spouse, on March 13, 2019. The couple welcomed their first child a son named Mars Hunt Rivera, who weighed 9 lbs., 8 oz, on September 4, 2019.

The two currently reside in Washington, DC with their newly born baby boy. Kasie has posted a number of beautiful pictures of her baby boy on her social media.

Kasie Hunt serves as NBC's Capitol Hill Correspondent, she's been working at Capitol Hill Since January 2017. Before that, she worked as a political correspondent at the Washington station.

Really excited to be part of a great @NBCNews team as NBC Capitol Hill Correspondent - going to be a great story https://t.co/9CF8lKSUwn

Kasie joined as an intern at NBC News in 2006 and started off her reporting career with  National Journal's CongressDaily. Since then, she's been reporting major political events.

In 2016, she covered the Republican primary campaign, Donald Trump was nominated and ended up winning the election as well.

At NBC, she has interviewed several political figures like former President Barack Obama, current president Donald Trump and Hillary Clinton, the 2016 Democratic Party candidate for the presidential election, and former Secretary of State among others.