American model as well as a fashion designer, Nats Getty is the owner of the clothing and lifestyle brand, Strike Oil. She also works for the organization GLAAD and has helped renovate the Los Angeles LGBT Center. Getty’s family belongs to one of the richest families, who has large integrated oil companies in America with around $5 billion net worth. She came to limelight when her relationship with popular YouTuber Gigi Gorgeous went public. The couple got engaged in March 2018.

Nats Getty was born Natalia Williams on 30th November 1992 in Los Angeles, California under the birth sign of Sagittarius. She belongs to Italian, Lebanese, and French heritage.

She is the granddaughter of John Paul Getty Jr. and Abigail Harris and is the daughter of a billionaire father, Justin Paul Getty and mother Ariadne Getty. Her father is an owner of a Getty Oil Company, and her uncle, Mark Getty is an owner of Getty Images. She has a brother, August Getty who is the popular fashion designer and the founder of the August Getty Atelier.

Getty spent her childhood in Santa Monica, California and attended The Willows Community School. At the age of eight, Getty moved to London. During her childhood days, she used to love tree climbing, surfing, and skateboarding.

Nats Getty is a creative designer as well as an owner of Strike Oil; known for making one-of-a-kind leather jackets. She is also associated with GLAAD (Gay & Lesbian Alliance Against Defamation) and has helped to renovate the Los Angeles LGBT Center. 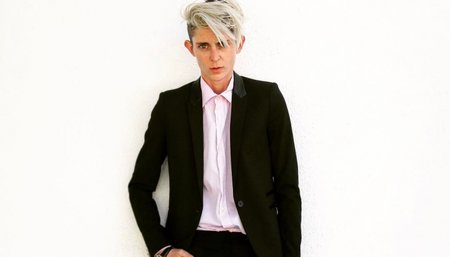 In 2014, Getty directed and starred in the short film Smoking Solitary. She also appeared in American audio-visual podcast television series, Shane & Friends in 2017.

She worked as a model for her brother’s clothing line, August Getty Atelier, whereas she worked as a muse for his productions. She is the board member of her mother’s foundation, the Ariadne Getty Foundation, and also serves as its ambassador.

As of 2018, Nats Getty has an estimated net worth of $4 million. Her clothing and lifestyle brand, Strike Oil is her main source of income.

Moreover, Getty’s family business, Getty Oil is one of the large integrated oil companies in America and one of the richest families with a net worth estimated to be around $5 billion.

Nats Getty is in a relationship with beautiful Gigi Gorgeous who is a popular transgender YouTuber, model, and activist. The couple first met in 2016 Paris fashion show and fell for one another.

Soon after, they again met at a party and ended up sharing a sweet kiss and began dating. Though they briefly broke up in late 2016, later reunited during Christmas.

The couple got engaged during their trip to Paris when Getty popped the question to Gigi in 9th March of 2018. The happy duo shared the news with their fans via their respective Instagram accounts. 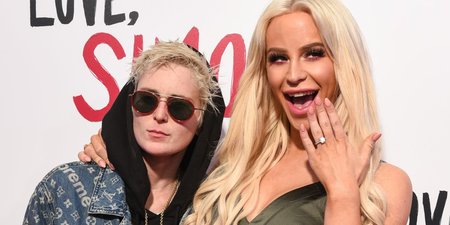 Getty stands at the height of 5 feet 9 inches (179 cm), has short hair, tattooed arms, boyish face, and a slender yet masculine body.

Below, we present the interview with Nats Getty.