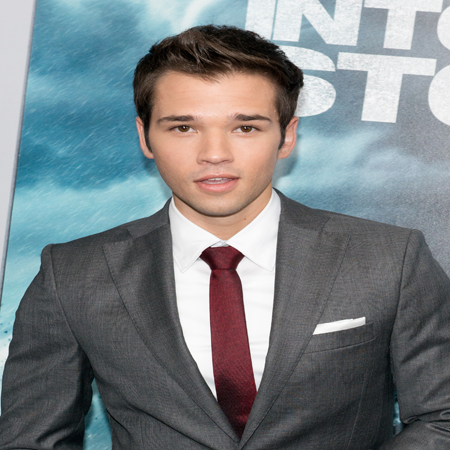 Nathan Kress is an American actor, director, and former child model. Nathan has been acting since he was three years old, well recognized for his role as Freddie Benson on the Nickelodeon series iCarly. In 2005, Kress made his first television appearance as a comedy sketch artist in the late-night show Jimmy Kimmel Live! In 2007, he appeared in an episode of The Suite Life of Zack & Cody. From 2016-17, he enacted in a series, Star Wars Rebels. In 2018, he appeared in a pilot episode of a series La to Vegas.

Nathan Kress was born on 18 November 1992, in Glendale, California, United States of America, to his father Steven M. Kress and mother, Rita Kress. He belongs to American nationality and regarding his ethnicity he is White.

Kress also has two brothers named Andrew and Kevin. Kress is of German, English, Nothern Irish, and Scottish descent. He is of white ethnicity and holds American nationality.

Nathan's career began at his very early age of four. He was very much interested in acting when he saw a talent show on a TV. After he got inspired, he forced his mother to take him to the talent show and participated as soon as they reached there. 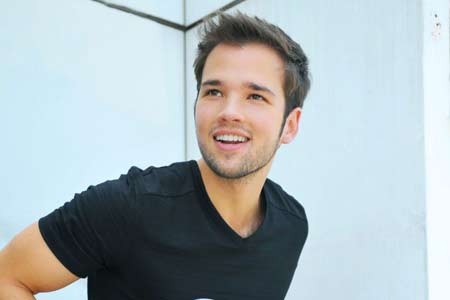 For the next three years, Kress modeled for various print advertisements, and also in several commercials, voice-over roles; as the most notable of his dual role as the voices of 'Easy" and "Tough Pup" in the 1998 feature film Babe: Pig in the City.

At the age of six, Kress decided to stay in a break from acting and returned to regular school.

When Kress was at the age of eleven, he was cast as the lead role in "The Emperor" in a school production of The Emperor's New Clothes. This role regained his interest in acting. At the end of his fifth grade school year, he asked his parents if he could be home-schooled to continue his acting career.

After his parents agreed, In April 2005, Kress made his first live television appearance since he returned to acting in a comedy sketches on the show.

He continued his work over the next two years, that made him achieve 168 Film Festival Jury Award.

Later he appeared in numerous movies, tv shows and also made his guest appearance. In 2008, Kress appeared in the Nickelodeon television movie Gym Teacher: The Movie.

In the movie, Kress starred as Roland who is a decidedly uncoordinated student who gets transferred to a new school and must be whipped into shape by his gym teacher Dave Stewie.

Nathan Kress' Net Worth, Salary, And Major Source Of Income

The American model and actor, Nathan Kress earns an enormous amount of money from his career and his total net worth is estimated to be $1.5 million.

In the year 2014, the actor played the role in the movie Into the Strom which became the instant hit at the box office grossing over $161 million worldwide.

In Feb 2011, while Kress was finishing up his senior year of high school and wished to attend UCLA, which is his father's alma mater. During his filming days, Kress was taught on the set with his co-stars Miranda Cosgrove and Jennette McCurdy. 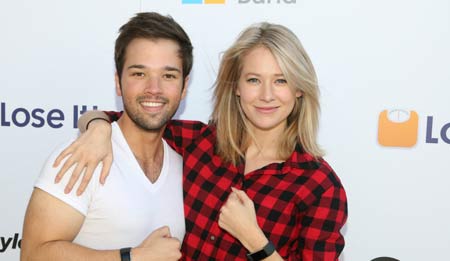 Nathan Kress got engaged to his long-time girlfriend London Elise Moore, who is an actress, and stunt performer.  After a few months of being engaged, the couple got married on 15 November 2015, in Los Angelos. They are spending their happy life as husband and wife. The couple welcomed their first child, a baby daughter, was born in December 2017.

The couple has been sharing the strong bond of love with no conflict.