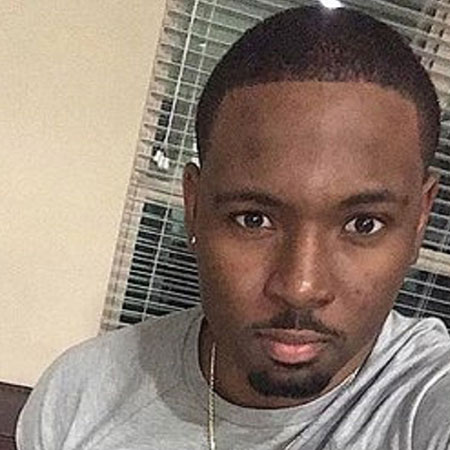 Nathan Boucaud is a famous American YouTuber best known for his prank and challenge videos on his YouTube channel. As of 2019, he has about 2.2 million subscribers on his channel. His most-watched video on his channel is of Chatroulette and Omegle where he uses the chatting website to prank the random people.

Nathan Boucaud was born on March 1, 1995, in the United States of America. He was born under the zodiac sign of Pisces which defines his personality to be empathetic, intuitive, artistic, selfless and emotional. He holds an American nationality and belongs to African-American ethnicity.

When he was small, his family moved to Trinidad and Tobago where he spent most of his childhood time. During his school days, he used to prank his friends and family members. Nathan moved to the United Kingdom after completion of his education. and traveled to many other countries for his vlogs.

Nathan Boucaud is an amazing prankster. He first joined YouTube on August 29, 2014. His YouTube channel name is NatesLife. He used to post prank videos which in a short time caught the attention of many of the youngsters. He used to use Omegle, an online chatting website to prank random people and post some of the interesting conversations he did in Omegle.

After he started to post the prank conversation on his channel, his channel started gathering numerous subscribers. Later, he started using another online chat website called Chatroulette which further helped him to gain more fans to his YouTube channel.

Using Chatroulette came as a positive move for Boucaud as his channel started to gather thousands of subscribers with an average of 100 million views per day. As of 2019, Nathan has 2.1 million subscribers with 391,223,349 views.

The video shown below is a prank video that features Nathan and his girlfriend Michaela. In the video, we can see his girlfriend pranks him in return as he tried to prank her. The video received 45 million views.

He has another YouTube channel sheisMichaela, he created it with his girlfriend Michaela Mendez on February 18, 2017. The channel also features prank videos, challenge videos, and storytime videos. it has about 271k subscribers as of 2019.

Net Worth and Earning From Social Media Platform

Nathan Boucaud's net worth is estimated to be around $700,000 in 2019. YouTube videos and blogs are the major income sources of Boucaud. He became famous after he started posting several prank videos on his YouTube channel which gained him a lot of fame and money as well. According to some online tabloid, Boucaud makes an estimated $6.1k to $97.7k per month, which is around $73.3k to $1.2 M.

He also adds to his net worth from the endorsement and ads of the product on Instagram. He is supposed to get paid  $506 to $843 per ads post.

In Dating Relationship With Michaela Mendez

Nathan Boucaud's age is 23 years as of early 2019. He is not married but is in a happy relationship with Michaela Mendez. They starting dating in 2017 and has a good relationship. Michaela is also a YouTuber and she mostly collaborates with her boyfriend for their YouTube videos. Looking through their love life, we can say that they are having a good time together.

Got them in their feelings cause we really up : @olegkud

Nathan is an active social media user. As of January 2019, he has about 139k followers on Instagram and 36.6k followers on his Twitter.

To talk about his past affairs, he was in a relationship with Ashley Ortega who is also a YouTuber. She also has posted may collaborative videos with Nathan. Everything was going well between them until 2017 when they broke up due to their personal differences.

It was not the only reason behind their sudden separation. After their break up, their fans started a ruckus on the internet posting various reaction videos. Ashley's fans started blaming Nathan for being an ignorant and spiteful boyfriend.

Some of them even claimed that he used Ashley for his own benefit. After their break up, Nathan also posted some videos on his channel saying Ashley was the main cause of their break up.