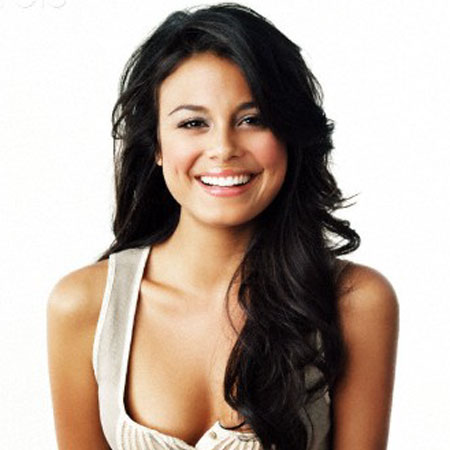 Nathalie Kelley is a Peruvian-Australian actress recognized for her role as Neela in the popular action film franchise The Fast and the Furious: Tokyo drift and for appearing as the female interest in the music video for Bruno Mars' hit song Just the Way You are.  Kelley also appeared in the final season of The Vampire Diaries as Sybil in the CW TV series.

Nathalie Kelley was born on 3rd March 1985 in Lima, Peru. At the age of two, she moved to Sydney, Australia along with her parents. Kelley's mother is a Peruvian and her father is an Argentine.

Nathalie Kelley is an Australian by nationality and belongs to mixed-race ethnicity as she is one of half Peruvian and other half Argentine by descent.

She attended North Sydney Girls High School on Sydney's North Shore. From her young age, Nathalie always dreamed of being an actress.

In 2008, Kelley appeared in a low-budget drama crime film entitled Loaded. She then had a small role in a retro comedy film Take Me Home Tonight in March 2011 alongside Topher Grace, Teresa Palmer, and Anna Faris. In 2007.

Nathalie Kelley has also appeared in music videos. She appeared in the music video for Bruno Mars' song Just the Way You Are in 2010. She then signed a major role in Body of Proof, the ABC's crime drama series. Kelley appeared in ten episodes of the series.

In 2017, Nathalie starred in the CW's reboot of Dynasty in the lead role of Cristal.

Amassed Net Worth Of $2 million

Nathalie Kelley's estimated net worth is $2 million. In Australia, the actor gets paid around  $36.06 per hour, so she also might be getting her salary in the same range.

Nathalie Kelley is married as of 2019. She shared the wedding vows with Jordan "Jordy" Burrows on April 29, 2018, after being engaged in the same years. She shared the news of their engagement in April of 2018. The newlywed couple shared lost of the picture which flaunts their romantic love life.

The Machados in Miami #35mm

Previously she has gone through some of the dating relationships. She reportedly dated Jonathan Hartlen Matthews in 2004 and broke up with him in 2005. Kelley dated Dallas Austin, an American songwriter from 2007 till 2013.

Nathalie Kelley's started dating Zach Roerig since April 2017. However, they broke up in early 2018.