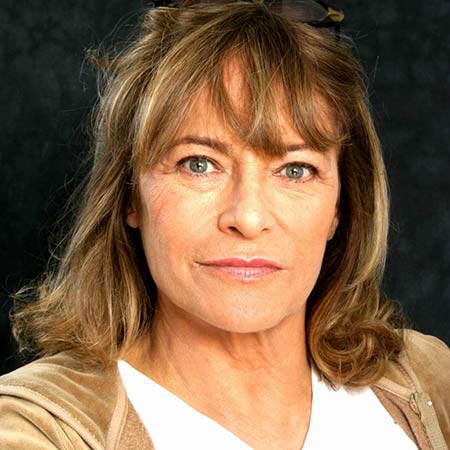 Nathalie Delon, a former french model and actress, was born on August 1, 1941, in Oujda, Morroco. Nathalie is the ex-wife of actor and businessmen Alain Delon, with whom she shared one son Anthony Delon. She is the grandmother of Alyson Le Borges. Before Nathalie married to Alain Anthony Delon, she is also known as Nathalie Sand. She also previously married to Guy Barthelemy and together had one child. She is French by nationality and ethnicity. Delon is famous for taking roles in the 1967 film Le Samourai, They Cal It an Accident film of 1982.

Nathalie Delon was one of the most beautiful women in the industry during the 1960's and dated many famous people including American entertainer Eddie Fisher and actor Richard Burton. She also had a short relationship with Chris Blackwell.

Nathalie Delon began her acting career in 1967 and appeared in Jean-Pierre directed french-Italian blockbuster film The Samurai, along with his then husband Alain Delon, Francois Perier, and Cathy Rosier. The film was a huge hit in the country in which Nathalie played as Jane Lagrange. The following year she appeared in Le Lecon Particuliere as Frederique Dampierre. In 1969, she was cast in three movies including Le Sorelle, Le maine, and Army of Shadows, a film adaptation of Joseph Kessel's book of the same name.

Nathalie Delon acted as Rita in a document 'Les Basses'  in 1971.The same year she played Charlotte in the action Scottish film When Eight Bells Toll. In 1972, she had a minor role as Erika in Bluebeard and as Jacqueline in Sex-Shop.

Nathalie  Delon portrayed Sophie in the 1972 french drama film 'Repeated Absences' directed by Guy Gilles. In 1975, she landed a role alongside Michael Caine, Glenda Jackson, and Helmut Berger in the British film The Romantic Englishwoman. The next year she appeared in Une femme fidele as Flora de Saint-Gilles. Nathalie also made an appearance in the 1978 film Seagulls Fly Low, where she played as Isabella Michereau.

Nathalie Delon divorced Alain Delon in 1968, after being together as a couple for four years but she continues to focus on acting and scene director, both in the United States and France.

Nathalie  Delon is 5 feet 7 inches in height and her astrology sign is Leo. Also, know as Nathalie Barthelemy, Nathalie is straight