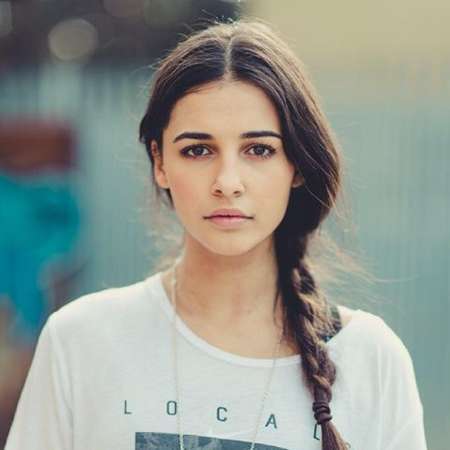 Naomi Scott is a British actress and singer. She first gained widespread popularity following her iconic role in the Disney Channel Original Movie Lemonade Mouth. She has also landed a number of major characters in both movies and TV series like the Disney Chanel UK series Life Bites and Terra Nova. Her career reached a new height after she played a role in the box office hit movie The Martian.

Naomi Scott was born on 1993 May 6, in London, England, this 21-year-old entertainer began her singing career with the Bridge Church Youth Band. She attended the Davenant Foundation School and performed regularly in the school musical and drama productions. At the same time, she was discovered by pop singer Kelle Bryan. She was later signed as a client by him. She then began to work with the British songwriters and producers Xenomania.

Naomi Scott has the English nationality with Indian ethnicity. Her mother is Usha Scott is a Gujarati Indian descent and is from Uganda. Thus, she acquires the mix look of Anglo-Indian. Her father is Chris Scott who is British. Her father is a senior pastor of the Bridge Church. She has a brother named Josh Scott.

Naomi Scott kick-started her career playing the role in the series Life Bites for a year from 2008-09. She has been active in this entertainment field since 2009. In the year 2011, she was a cast in Lemonade Mouth and Terra Nova. In 2012, she made her big-screen debut appearing in the movie Modern/Love. 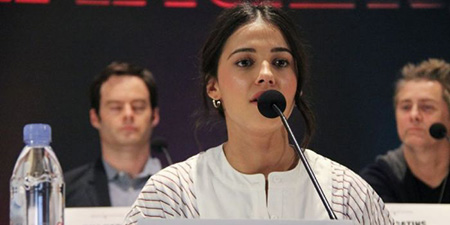 Scott also made an appearance in By Any Means as well as Lewis. The actress' big break came in the year 2015 following her breakout performance in the blockbuster movie The Martian. In the movie, she featured along with Matt Damon, Jessica Chastain, Kristen Wiig, and Jeff Daniels. Her upcoming projects are Aladdin and Charlie's Angels.

Naomi Scott has garnered a lot of money from her acting but the exact amount of her net worth is yet to be revealed. As per some online sources, her net worth is believed to be more than $1 million. She also made an agreement with her new movie Aladdin. Disney hasn't revealed the signing amount. But if you look at the records, Emma Watson was paid $3 million for the live-action remake of Beauty and the Beast. Scott could be pulling in the same or a near same amount as Watson in Aladdin.

In 2015, Scott played the role of Ryoko in the science fiction film The Martian which was turned out to be commercially successful as it grossed over $630 million on a $108 million movie.

Talking about her personal life, Naomi Scott is a married woman. She tied the knots with her longtime boyfriend Jordan Spence on June 2014, in a private wedding ceremony. Her husband is the  English footballer currently plays as a center-back for Ipswich Town.

Scott has been married her spouse Spence for a long time and the two are happily living too with no rumors of divorce. They don't have any child to date. She looks absolutely stunning in any of the outfits she wears. Naomi enjoys songwriting, singing, dancing and playing the piano. She has traveled to Slovakia to teach English and also has performed with her youth band.

The two started dating in the year 2010 and exchanged the vows after four years of togetherness in 2014. Besides,  she was also in a relationship with actor Nick Roux.

Naomi Scott is the popular name amongst the youths of the present. She is a very beautiful and talented celebrity. She is a very hard-working one which has helped her to earn this fame and name in the world. She is also quite active on social media like Facebook and Instagram.