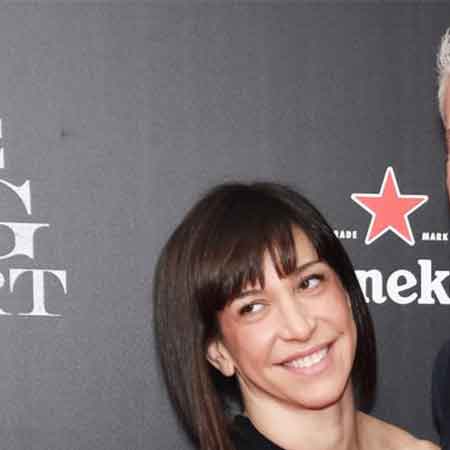 Nancy Putkoski is an American -born personality most known to the public as the ex-wife of late Anthony Bourdain, a celebrity chef & host of Anthony Bourdain: Parts Unknown. The former couple was together for 2 decades with no children and divorced in 2005. Bourdain sadly pa s sed away on June 8, 2018, because of an apparent suicide.

Nancy Putkoski's Early Life: Why Is She Famous?

Nancy Putkoski was born in the United States and belongs to American nationality. Regarding her family background, Nancy remains low-key. Putkoski attended Dwight-Englewood School in Englewood, New Jersey where she met Anthony Bourdain, her ex and now-late husband.

Nancy Putkoshi garnered fame after she married Anthony Bourdain. Her professional career is not known to the media.

Born and raised in New York City, Anthony Bourdain is considered one of the most influential chefs all over the world. He prioritized the exploration of international culture, cuisine, as well as the human condition, the renowned TV personality also featured in a number of programs.

Nancy once worked in an advertising company however the detailed information on it is unavailable.

In 1985, Nancy Putkoski married her highschool time boyfriend Anthony Bourdain; she is elder than Anthony. Their high school dating life while attending Dwight-Englewood School later led to marriage & remained together for over 2 decades.

However, the duo failed to continue their relationship and got divorced in 2005. During the long marital life of two decades, the pair didn't share any children and the reason for that was said to be that Anthony was never ready to have one. Once he said:

I would have been a s**t parent. I’m a very good uncle. The evil uncle who lets them do everything. But a parent? Up until very recently I could hardly take care of myself.

After their divorce, Putkoski has not been married yet and is living a single life, and there are no rumors of her new relationships.  And Putkoski is leading a low-profile life.

Anthony Bourdain later married MMA fighter Ottavia Busia in 2007, and the same year, they welcomed their first child Ariane Bourdain. In 2016, he revealed that the duo had been living separately. Later, he started dating Italian actress Asia Argento with whom he met on his show Parts Unknown.

On June 8, 2018, Bourdain died at the age of 62. He died of suicide by hanging in his room at the Le Chambard hotel in Kaysersberg, France. His body was cremated in France on June 13, 2018, and two days later, his ashes were returned to the United States.

After Bourdain's death, many people blamed his girlfriend, Asia Argento but she received support from the #MeToo movement.

I never knew about this obsession of his. He never told me. Heart wrenching read: https://t.co/oqQsj4lxz9

Asia released an online statement where she mentioned a list of times her late boyfriend publicly brought up committing suicide before his death which she called, 'Heart Wrenching read."

Since there are no updates on Nancy Putkoski's career, her net worth figure is yet to be out. Though, some sources claimed her fortune is in the 6-digit figure. On the other, according to Celebrity Net Worth, her ex-husband (late) Anthony Bourdain was worth $16 million at the time of death in 2018.

Even though some sources claimed the late celebrity chef's fortune to be around $1.2 million, but it included a s sets in his checking and a single brokerage account, while leaving other real estate holdings. Reportedly, he was in a $1 million mortgage at the time of death.

In October 2019, a few of his personal items were at the auction and raised $1.8 million, part of which is to support the Anthony Bourdain Legacy Scholarship at his alma mater, The Culinary Institute of America. His most valued item was custom Bob Kramer Steel and Meteorite Chef's knife, selling at a record $231,250.

Bourdain's lone beneficiary, according to his will, was daughter Ariane including the NYC apartment bought by Anthony for $3.35 million in 2014- currently, the property is valued at $5 million.