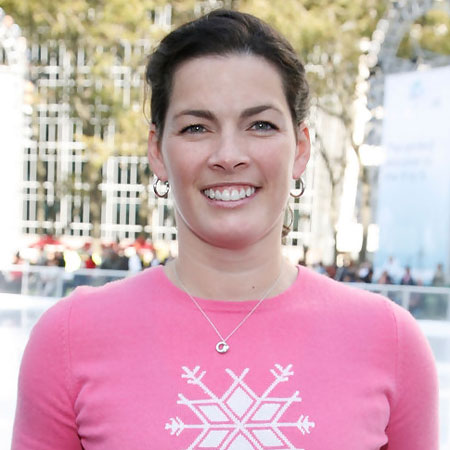 Nancy Kerrigan is a former American Skating champion and also a 1992 Olympic medal champion. A professional figure skater has also won a number of prestigious medals like a silver medal at the 1994 Olympics, and a bronze medal at the 1992 Olympics. She was elected into the United States Figure Skating Hall of Fame in the year 2004. She likewise participated in season 24 of Dancing with the Stars.

Kerrigan has also appeared in a number of movies and TV shows.

Nancy Anne was born to welder Daniel Kerrigan and homemaker Brenda Schultz Kerrigan in Woburn, Ma s sachusetts, United States, on 13 October 1969. When Nancy was one year old, her mother was struck by a rare illness that left her almost blind.

Kerrigan grew up with her two brothers, Michael Kerrigan and Mark Kerrigan. Her father died at the age of 70 on January 24, 2010, allegedly due to a violent struggle with her son Mark in a dispute over the use of a telephone.  Nancy doesn't belong to any particular ethnicity, she is white and holds an American nationality.

Kerrigan did her schooling at Stoneham High School and later enrolled at Emmanuel College in Boston where she completed her degree in business.

Kerrigan was interested in Skating since her childhood and took part in several competitions. She also liked hockey and played street hockey in full gear with her brothers.

Nancy  Kerrigan started skating at the age of 6. She took part in ‘The Boston Open Championship’ and won the title at the age of 9. She was trained by professional trainers, Evy and Mary Scotvold.

Nancy Kerrigan participated in Figure Skating Championship in 1991 and won the third position. She then captured second place in 1992 and successfully won the title in 1993.

Nancy Kerrigan made her Olympics debut in 1992 securing third place and later won The Silver Medal placing behind Oksana Baiul at the 1994 Lillehammer Winter Olympics.

Nancy Kerrigan has also appeared in various shows including Halloween on Ice, Broadway on Ice, and much more. She is also the founder of The Nancy Kerrigan Foundation which helps for the Vision Impaired. Nancy was included in the United States figure Skating Hall of Fame in 2004 and the New England Sports Hall of Fame.

In the sevenths week of competition, Kerrigan and Artem were eliminated despite receiving higher judge's scores than winners Bonner Bolton and David Ross. She joined Inside Edition at the beginning of 2018 as their Super Bowl correspondent.

One of the best skaters in American, Nancy Kerrigan's net worth is reported to be about $8 million. She earned most of her net worth from the prize money she got from the games she won. It was also reported that she signed an endorsement deal for around $9.5 million. As an actress, she is paid around $51,000 a year.

Kerrigan owns a house in Boston. Financial details about the mansion are not revealed.

Nancy  Kerrigan is a married woman. She married her agent, Jerry Solomon after her retirement in the year 1995, on 9th December. The wedding took place in Boston at the Church of the Covenant, 9 Sep 1995.

Nancy’s husband, Solomon is the president and chief executive of P.S./Stargames. The couple has three children named Matthew Kerrigan, Brian Kerrigan, and Nicole Kerrigan. Between the births of her sons Matthew in 1997 and Brian in 2005, the figure skater suffered  6 miscarriages. The couple has been together for a long time and still sharing a wonderful married life with no divorce rumors.

Nancy Kerrigan was attacked by her primary competitor, Tonya Harding’s ex-husband, Jeff Gillooly on January 6, 1994, in Detroit after her practice session. Gillooly hired a man named Shawn Stant to break her legs. However, Nancy was prevented from being her leg broken.