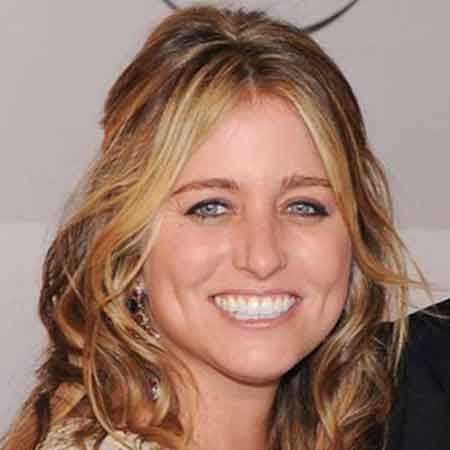 Film producer, as well as actor Nancy Juvonen, is famous for co-owning a production company called Flower Flims. It has produced movies such as Never Been Kissed, Charlie's Angels, Charlie's Angels: Full Throttle and many more. She, however, is most recognizable as the wife of a famous comedian, musician, actor and the host of The Tonight Show, Jimmy Fallon.

Nancy Juvonen was born on 18 May 1967 in Marin Country near San Francisco, California to William Harwood Juvonen and Pamela Robin Newell (died on 7 October 2001).

Her father William Harwood Juvonen was an aviation industry executive who became a Marine Aviator after the completion of his studies from Stanford University. In 1971, her parents got divorced. She has a brother named Jim Juvonen who is a writer and producer.

Regarding her education, she graduated with a degree in Sociology and Cooperative education from the Unversity of Southern California.

After completing her graduation Juvonen did a number of odd jobs before finding her way into the entertainment field. At first, she worked at a dude ranch in Wyoming and then became a private flight attendant.

Then after she went on to work for an artist who was trying to eradicate homelessness. Ultimately, Juvonen got her huge break as an a s sistant to Clarence 'The Big Man' Clemons, a member of Bruce Springsteen's E Street Band.

In 1993, she met Drew Barrymore on the set of Mad Love through her brother. They immediately developed a bond and founded a small production company Flower Flims in 1995-96. Their first movie, Never Been Kissed was produced in 1999.

In 2000, she produced the action movie Charlie's Angels and its squeal Charlie’s Angels: Full Throttle in 2003.

Besides a successful producer, Juvonen is also an actor who appeared in Donnie Darko in 2001. She was also a producer in the film. In 2013, she produced the movie, How To Be Single. As of 2018, she is involved in the show named Fixer-Upper hosted by Chip Gaines and Joanna Gaines as an executive producer.

Nancy Juvonen's net worth is staggering.  Her production house id her main source of income and besides that, she is also an actress and has also appeared in a few commercials and magazines.

According to the various sources, her net worth is estimated to be around $20 million. Her hit movie How to Be Single made with a budget of $38 million acc u mulate a tremendous amount of $112.3 million at the box office. Similarly, her other popular films, Charlie's Angels, and Charlie's Angels: Full Throttle earned $264. 1 million and $259.1 million respectively.

On the other hand, according to Celebrity Net Worth, her husband Jimmy Fallon has an estimated net worth of $60 million and earns $16 million salaries per year.

The 52 years old, Nancy Juvonen is married to comedian, musician, actor and the host of The Tonight Show, Jimmy Fallon. The couple tied the knot on 22 December 2007.

The now husband-wife duo first met in 2005, on the sets of the romantic comedy film, Fever Pitch. However, it was not a love at first sight. They became friends first and after nearly two years, in 2007 they officially started dating. Within a few months, they got engaged in Wolfeboro on Lake Winnipesaukee in New Hampshire.

Happy Mother's Day to all mommies out there and also to this beautiful woman here.Love you guys! #jimmyfallon #nancyjuvonen

Four months later, they got married and in 2013, the pair welcomed their first child, a girl named Winned Rose via surrogacy on July 23, 2013. The couple spent many years trying to conceive but as all the effort proved abortive, they settled for Gestational Surrogacy, also called Gestational Carrier.

Fortunately, Nancy became pregnant in 2014 and welcomed their second daughter Frances Cole on December 3, 2014.  Both of their kids were born via gestational surrogacy.

The couple has been linked up with many divorce rumors in the past. However, they dissed all the false claims about their split and attended 2018's Golden Globes Awards together looking happy and so much in love.