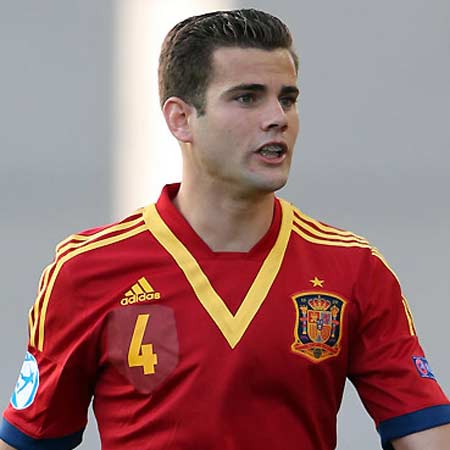 José Ignacio Fernández Iglesias aka Nacho is a Spanish football player, plays for Real Madrid and Spanish national team. He mainly plays as a central defender but also as a right or left back.

José Ignacio Fernández Iglesias was born on January 18, 1990, in Madrid, Spain. He is Spanish and belongs to Spaniard ethnicity/race.

Nacho has a younger brother named Alex who is also a footballer.

Nacho started his career in Real Madrid's youth system at the age of 11. He made his first-team and La Liga debut on April 23, 2011, starting as a left back in a 6–3 away win against Valencia CF and playing in the entire match.

Nacho has played at U17, U19, and U21 levels and was first called by the full side on 2 September 2013 for a friendly with Switzerland to be held eight days later, in place of injured Iñigo Martínez.

Nacho has a net worth of millions. His current market value is €20 million. He earns £70,000 as a weekly wage from Real Madrid.

Nacho is married and has two children. He married María Cortés in 2004. The couple shares two children, a daughter Alejandra and a son José Ignacio.

Nacho revealed that he has lived with type 1 diabetes since he was 12 years old in 2016.