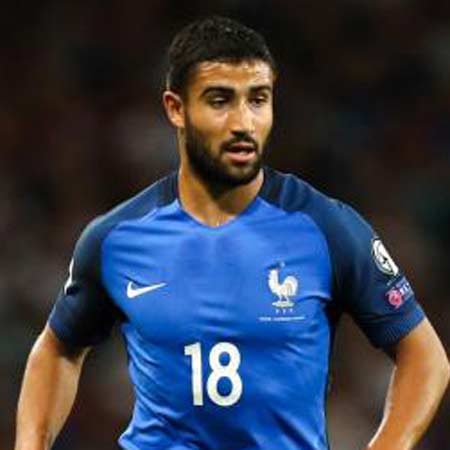 One of the consistent players of France, Nabil Fekir, has an amazing ability to break down deep defenses. As of 2018, Fekir is playing for the team, Lyon as attacking midfielder or as a forward. Lyon is the club who once rejected him for not being strong enough. He worked hard and waited for the call from the club and the rest is history. The player is one of the potential attacking midfielders of the country.

Internationally, the attacker made debut playing in the national youth football team. He also represented his country in Under-21. He was selected for the final 23-man squad for the 2018 World Cup.

Nabil Fekir was born on 18th July 1993 in Lyon, France under the birth sign Cancer. Fekir holds both Algerian and French nationalities and belongs to Mixed ethnicity. His Algerian parents, Mohammad Fekir and his wife raised him with his brother Yassin Fekir.

At the age of 12, Fekir joined the youth academy of Olympique Lyonnais. He faced a major setback after he was released for not being strong enough by the club Lyon. In order to prove himself, he joined the tiny Vaulx-en-Velin club.

Fekir then continued his youth career at Saint-Priest. While playing for the club, many clubs including Lyon’s local rivals came to sign him but he waited for a call from Lyon- ‘’the only club he really wanted.’’

‘’I wanted to show then that Lyon made a mistake.’’

His hard work and dedication got him what he wanted.

Nabil Fekir started his professional career from his favorite club Lyon. On 30th July 2013, Fekir was selected in Lyon's first team as an unused substitute in 1-0 win over Grasshopper in the Champions League third qualifying round first leg.

On 28th August 2013, Fekir made his debut for the team replacing Yassin Benzia at halftime in a 2-0 victory over Real Sociedad. After three days, he made his Ligue 1 debut in 2-1 win over Evian TG playing the entire match.

Fekir made his first goal for the team on 27th April 2014 in a 4-1 victory against Bastia. He was named as the Ligue 1 Young Player of the Year and also earned a spot in the Team of the Year on 17th May 2015.

In August 2017, Fekir became the captain of the club following the transfer of Maxime Gonalons to AS Roma. So far, playing for Lyon Fekir has appeared in 153 matches scoring 57 goals.

Nabil Fekir made only one appearance for the French national youth team. He represented the Under-21 level as a substitute for Corentin Tolisso. Instead of playing for his ancestral country, Algeria, he chose to play for France.

On 26th March 2015, Fekir made his senior team debut at the Stade de France replacing Antonie Grezmann. He scored his first international goal on 7th June 2015 in a 3-4 defeat against Belgium. The footballer faced an injury during the 2018 FIFA World Cup qualification match against Belarus.

Nabil Fekir earns an impressive amount from his football career. Fekir's net worth can be assumed to be in $1 million, but, the exact amount is not public.

The famous French attacker, Nabil Fekir is heading toward to be one of the successful footballers. Fekir is currently busy in his career. Some reports say that he is single in the present days.

Fekir received the third yellow card of the campaign for opening his shirt and showing it to the rival team's fan after scoring his second goal in a 5-0 win against Saint-Étienne. Angered by the gesture the fans threw objects in the ground due to which the match had to be stopped for 40 minutes and resumed after the riot police cleared out the stadium. Due to the booking in the match, he missed the game against Montpellier in Ligue 1. In the scoreless match, the fans paid tribute to Fekir by showing his jersey, backing up his action in the previous game. 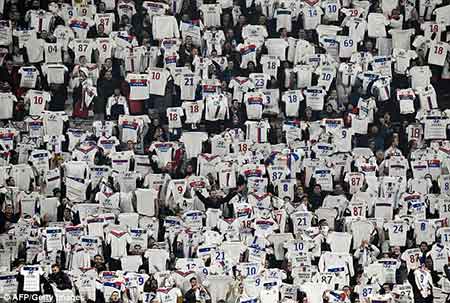 Fekir also has a good fan following on his social media. As of 2018, he has over 555k followers on his Instagram.

Here is the video which shows the skills and goals of Nabil Fekir: