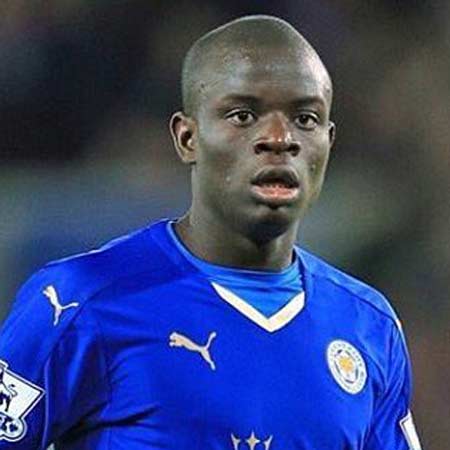 Football fans often say 70% of Earth is covered by water the rest 30% is by Ngolo Kante. A man who was six years ago in 2009 playing Division 9 football in France sudden rise to become world’s top midfielder is quite surprising one. His first year at Premier league saw him as an integral part in Leicester City’s fairytale campaign and after his transfer to Chelsea, he was the spine of the team who won 30 matches in a season. Both of them resulted as the premier league winner’s medal for him and the latter one was rewarded with him crowning as PFA Player of the year. Back to back titles with two different clubs a feat matched by only another Frenchman Eric Cantona. But unlike his fellow countrymen, Kante is a defensive midfielder who has an excellent ability to read games and possess unmatched tackling skills.

Ngolo Kante was born in Paris, France in 1991. His parents were immigrants from Mali, a country in West Africa and immigrated to France in the 1980s. He grew up in a small flat in Rueil Malmaison and was a trash picker during his childhood.

Although having a small stature Kante was very hard working from the beginning of his football career. He began his career from JS Suresnes at the age of eight. At the age of 19, he joined the reserve team of Boulogne and made his debut in Ligue 2 on 18th May 2012 against Monaco in a 2-1 loss.

In 2013 he joined Ligue 2 side Caen and played all 38 games for them as Caen was promoted to first division at the end of the season. He played a total of 82 games for Caen and scored six goals in two seasons at the club. In 2014/15 season he recovered the ball more times than any player in the top four league of Europe.

Due to his amazing ball-winning skills, he was approached by Premier League side Leicester City. He then joined Leicester at the fee reported to be around $10.8 Million.  He made his debut at 8th August in the home win against Sunderland.

He scored his first premier league goal against Watford in a 2-1 home win. He was instrumental in the side winning balls from the midfield and starting counter attacks feeding balls to either Mahrez or Vardy. At the end of season unexpectedly, Leicester city was crowned Premier League champions and Kante was included in PFA team of the year.

Next season Kante departed the club and joined FC Chelsea at the fee of $43 Million. He made his debut for Chelsea on 15th August 2016 as Chelsea beat West Ham 2-1.  He scored his first goal for Chelsea in a 4-0 win against Manchester United.

Kante was approached by Mali to play International Football but he chose to play for France. Previously he had not played in any youth level for France. On 17th March 2016, he was selected for senior France national team and made his debut eight days later against Russia.

He was also selected in France National Squad for Euro 2016 and played full ninety minutes in the first group game against Romania. He was pivotal in the midfield and assisted a winning goal for Dimitri Payet. In his 22 appearances for the National team, he has scored one goal. He is about to make his world cup debut in Russia in 2018.

Kante had a very difficult childhood, but his hard work and belief saw him rise to the very top level. He was once a trash picker during his childhood but now earns $162,000 per week as a salary.  His estimated net worth is to be around $15 Million. Unlike other football players, Kante is very quiet outside the pitch and is not interested in displaying wealth. Previously he used to drive in a scooter to training sessions and now uses a minivan.

Ngolo Kante has a large family and has four siblings. His father died when he was just 11 years old and there was a sense of responsibility early from his childhood. Kante is also a fully qualified accountant and completed his diploma in accountancy during his playing days in Boulogne.

He married to Jude Littler. Whether he has children or not is not revealed to the public.

Rather than Claude Makalele who played in a similar role as Kante, he prefers Lassana Diarra as his role model.