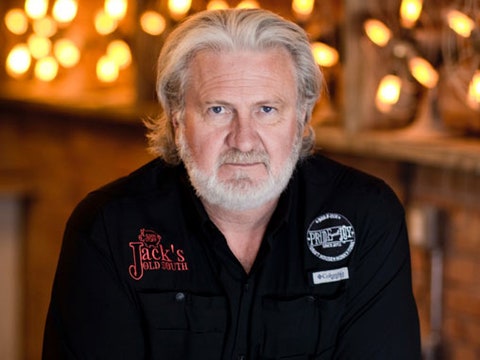 American celebrity chef and competitor Myron Mixon is the four times barbecue World Champion, who currently serves as the judge of American reality television show, BBQ Pitmasters. He is also known as “the winningest man in barbecue.”

Myron Mixon was born on 30th May 1962 in Vienna, Georgia, the United States of America. The 58 years old celebrity chef did not reveal the details of his parents; however, he revealed that his parents introduced and taught him barbecue sauce recipes.

Myron started his professional journey participating in the barbeque competition in 1996 in Augusta, Georgia. At the competition, he won the first position in whole hog and pork ribs, whereas holding the third position in pork shoulder. 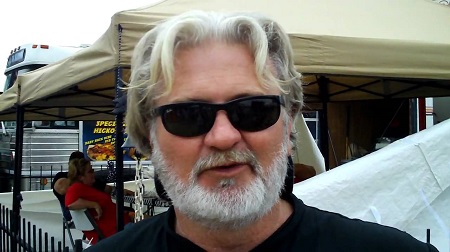 CAPTION: Myron is a celebrity chef and competitor SOURCE: You Tube

Myron, as an author, has written books like Smokin’ with Myron Mixon: Recipes Made Simple, Everyday Barbecue: At Home with America’s Favorite Pitmaster, Myron Mixon’s BBQ Rules: The Old-School Guide to Smoking Meat, BBQ with Myron Mixon: Everything You Ever Wanted to Know About Barbecue, among others.

Back in 2017, Myron also opened a restaurant named Myron Mixon’s Pitmaster BBQ. He also has a cooking school/website, myronmixon.com, where he provides training to chefs, enthusiasts, and competitors.

Just like how Myron has a prosperous professional career, he also shares the same faith on his personal life. The lucky one to win his heart is Faye Mixon.

It is not clear when they exchanged wedding vows but are now married for a long time. Together, the pair welcomed four kids; three sons and a daughter. The name of his sons is Cory Mixon, Michael Mixon, and David Mixon, whereas Kylie Mixon is his daughter.

Similarly, Myron and his wife are also grandparents to grandson, Jackson David Mixon, who was born back in December 2016. Jackson was born to David and his wife, Karlie. On the other side, Kylie is married to John Wayne. They got married on 20th October 2018.

SEE: What Is Bobby Flay's Ex-Wife Kate Connelly Is Currently Doing? Is She Still Single Or In Relationship?

Myron, who has won numerous titles, has been earning a hefty figure of money. As of 2020, he has a net worth of $3 million. His prize money also helped him to build up such a high figure of worth.

Myron earns a considerable figure of money from books. His book Everyday Barbecue: At Home with America’s Favorite Pitmaster costs around $22.21, Myron Mixon: Recipes Made Simple costs around $9.29 to $19.12, and so on. His restaurant is also another source of income.

MORE: Who Is Samin Nosrat's Partner? Is She Married? Or Dating Someone?