Mustafa Shakir is an American film and television actor who is set to portray Jet Black in the upcoming Netflix live-action adaptation of the eponymous anime series of 1998-9, Cowboy Bebop.

How Old Is Mustafa Shakir? What Is His Height?

Shakir was raised in the Harlem neighbourhood of Upper Manhattan, New York, and graduated from The New School in New York City, the cla s s of 2001.

Mustafa Shakir worked as a barber before making his professional acting debut in 1996. In the early days of his career, Shakir had minor roles in TV series like New York Undercover and Wasteland, as well as uncredited roles in movies like Shaft and Down to Earth. 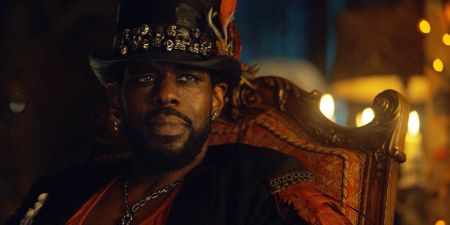 Shakir has also enjoyed success on the big screens, including movies like Marci X, The Cavern, The Grounds, Driving While Black, Double Play, Fight Your Way Out, Brawl in Cell Block 99, and The Pretenders.

He found widespread acclaim and recognition as the supervillain John "Bushmaster" McIver in the second season of the Netflix superhero series, Marvel's Luke Cage, and as Baron Samedi in the Starz fantasy drama series American Gods. 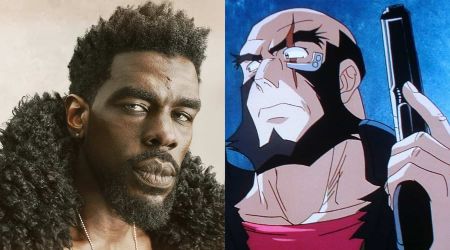 On April 4, 2019, it was announced that Shakir had been cast in the role of Jet Black in the Netflix live-action adaptation of the sci-fi space/Western anime series of 1998-9, Cowboy Bebop, alongside John Cho, Daniella Pineda, Alex Ha s sell, and Elena Satine, among others.

According to some online sources, Mustafa Shakir is estimated to have a net worth of around $1 million. The 44-year-old was a barber before finding his calling in acting. Since making his on-screen debut in 1996, Shakir has made appearances in nearly 50 movies and TV shows.