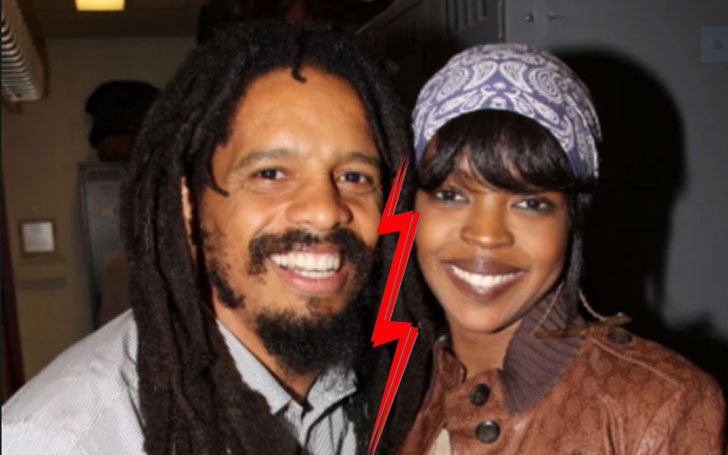 Musician and actress Lauryn Hill and her boyfriend of 15 years, Rohan Marley surprised fans as the couple ended their relationship in 2008. Fans were even more surprised as Hill who shares five children with Marley also gave birth to her sixth child in 2011.

It was also speculated that Marley is the father of Hill's sixth baby. Is it true? Or, has the rapper found new love? What is the truth? We have all answers here.

Lauryn Hill isn't dating anyone officially at present. Also, the 42-year-old rapper who ended her relationship with boyfriend, Rohan Marley in 2011 hasn't been in an official relationship after Marley.

Though Hill seems to be active on her Twitter but only professionally as she rarely shares anything about her personal life in any of her tweets.

Hill is possibly single. Maybe the rapper is busy raising her children and also in her career as she has many concerts scheduled for the coming days.

Her upcoming live musical performances are going to be held in several parts of the world including Sing Jazz Festival in Singapore, Kaya Fest in San Bernardino and Bluesfest Byron Bay in Australia.

Previously, Hill dated her band member Wyclef Jean. They started dating in 1995 after a year of forming the band, however, their relationship didn't last more than a year. As per some sources, she wrote the single I Used to Love Him from her debut solo album, The Miseducation of Lauryn Hill after ending her relationship with Jean.

The rapper met Rohan Marley in 1996. Rohan is the son of Bob Marley. Reportedly, Hill started dating Marley while she was still in a relationship with Jean whereas Marley was still married to wife Geraldine Khawly.

The pair welcomed their second child, Selah Louise Marley in November 1998 and after three years their third child, Joshua Omaru  Marley was born. In 2002, their fourth child, John Nesta  Marley was born and their fifth child, Sarah  Marley in 2008.

Lauryn Hill gave birth to Baby No. Six in 2011: Who is the Father of the Baby?

In July 2011, the rapper gave birth to her sixth child, Micah Hill. Fans also have speculated that her longtime boyfriend Marley is the father of the baby.

The Grammy award-winning singer, however, denied the allegation in a statement on her official website. She wrote:

“Mr. Marley and I have a long and complex history about which MANY inaccuracies have been reported since the beginning.To speculate without the facts can only cause people to form WRONG conclusions.”

“We both value privacy and for that reason defend and preserve our right to it,”

Whereas the 48-year-old singer and actor also congratulated his former girlfriend for the arrival of the new baby via his tweet on 25 July 2011.

I'm forwarding all well wishes to Ms. Hill on the birth of her new son. I'm sure she'll appreciate the love being sent to her RASTAFARI R.M.

Hill hasn't disclosed the identity of the father to date. Furthermore, Hill is also a grandmother as her first son,  Zion David  Marley and his girlfriend welcomed a son in early 2017.