Morgan Wallen is an American singer who started his journey participating in the talent show The Voice Season 6. This year, he became the king of popular music sales topping the 2021 Chart after his album "Dangerous: The Double Album" sold over 3 million copies.

Continue reading the article to know, what is Wallen's net worth? Also, find how hard he worked to became No. 1 on Hot R&B/Hip-Hop Songs Chart.

The professional singer Morgan has been contributing to the music industry since 2014. As per various sites, he is believed to have an estimated net worth of $4 million in December 2021.

The 28 year oldstarted his journey competing in the singing show, The Voice Season 6. The original member of Usher's team later continued the show as the member of Adam Levine's group. Sadly, he could not make it to the end and was eliminated during the playoffs of that season. After that, he released his debut EP, Stand Alone signing to the Panacea Records in 2015.

Eventually, Wallen released his debut album, If I Know Me on April 2018. The RIAA platinum certified track peaked at number 10 on the US Billboard 200 and number one on the US Top Country Albums chart. The album released through Big Loud Records altogether includes four songs: The Way I Talk, Up Down, Whiskey Glasses, and Chasin' You. 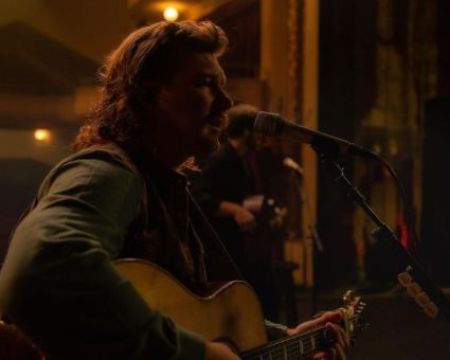 His hardwork pays him off as his recent album Dangerous: The Double Album tops the 2021 chat. The double album released through Big Loyd and Republic Records sold total 3,091,000 copies (including streaming) earning a positive reviews form music critics.

The commercially successful track earning 265,000 album-equivalent units in its first week contains 2 singles, More Than My Hometown and 7 Summers. Also, the 2021 hit has include 6 promotional singles: Livin the Dream, This Bar, Somebody's Problem, Cover Me Up, Still Goin' Down, and Heartless" (Wallen Album Mix).

Why Morgan Wallen Was Dropped By His Record Label?

Back in February 2021, the Chasin' You singer was involved in controversy. He earned backlash online and in the country music industry when a video of him screaming racial slurs outside his outside his Nashville home became viral.

Apologizing for using N-word, he gave a statement to TMZ saying:

“I used an unacceptable and inappropriate racial slur that I wish I could take back. There are no excuses to use this type of language, ever. I want to sincerely apologize for using the word. I promise to do better.”

Along with the support of his loyal fans, Morgan proved himself being the king of popular of  popular music sales even after his record labels, his agents and managers dropped him. Not only that, he was banned from the award shows.