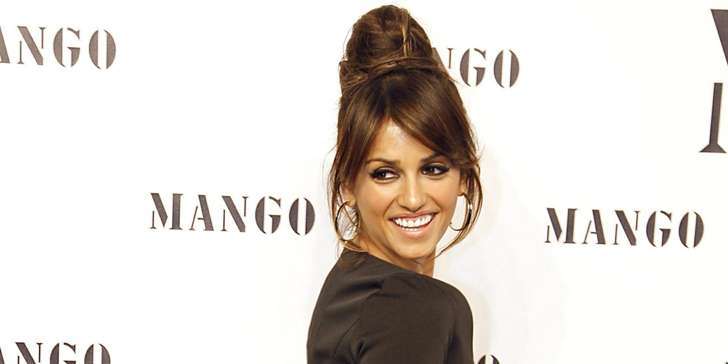 Bio: Mónica Cruz Sanchez was born on March 16, 1977. She is a Spanish actress and dancer. She is the also the younger sister of actress Penelope Cruz. She hails from a working-class town in Alcobendas, Madrid, Spain. She is the daughter of Encarna Sanchez, a hairdresser, and Eduardo Cruz, a retailer and auto mechanic. Throughout her childhood, Cruz lived in Alcobendas. Cruz is the middle child of three siblings; she has an older sister, Penelope, who is an actress, and a younger brother, Eduardo (born in 1986), who is a singer. Her parents divorced in 1999. Later her father remarried Carmen Moreno in 2003. Moreno and her father have a daughter whose name is Salma Cruz.

Just as her sister Penélope, Mónica too distinguished herself as promising young dancer. She received professional instruction. Penelope attended Spain’s National Conservatory while Mónica enrolled in The Royal Academy of Dance to study traditional ballet and flamenco. After graduating from the academy, Mónica joined Joaquín Cortés’ flamenco dance company. She worked with the company for seven years until, 2002, she left dancing to pursue a career as an actress. By 2005, Mónica starred in the Spanish television show Un Paso Adelante alongside Beatriz Luengo, Miguel Ángel Muñoz, Pablo Puyol and Silvia Marty.

One of the things that not many know is that, In 2010, her sister Penelope was pregnant with her first child while filming scenes for Pirates of the Caribbean: On Stranger Tides. In the other half of shooting, the appearance of her pregnancy was very apparent so the filmmakers had to figure methods of shooting around it. So this included shooting Penelope in close up scenes while hiring Mónica to stand-in for long distance scenes as she appeared identical to her sister. Monica Cruz dated 3 before her longest relationship with ex-boyfriend Alex Gonzalez. Their affair began in 2011 but they later split up after 3 years of dating. In 2013, she also gave birth to her daughter and now is a single mother. Her net worth is salary is said to be $10 million.