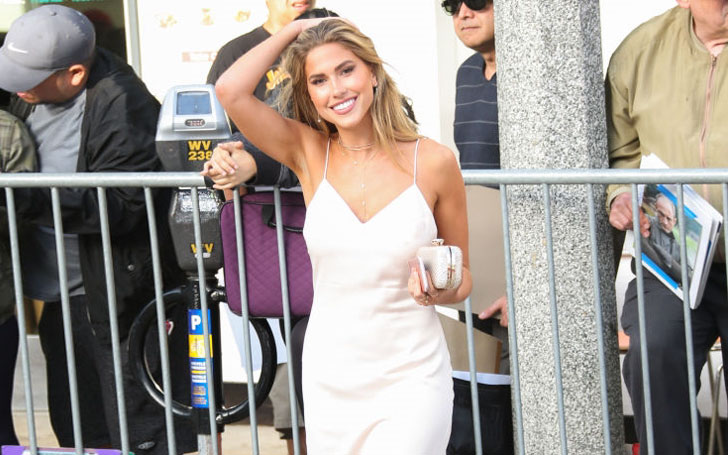 When celebrities hit a red carpet event, what and who they are wearing are among the first questions they are asked. Especially for models like Kara Del who is always wearing something glamorous.

There is nothing this gorgeous model can wear without looking dazzling! We are talking some of model Kara Del Toro's too hot to handle red carpet looks!

Kara Del Toro, the Texan model got temperatures flaring with a too- hot – for – TV Carl’s Jr ad. On 20 June, all eyes were on her as she appeared in the premiere of the second season of Preacher in LA.

Kara, 25, hit the red carpet in a gold silk suit, blazer unbuttoned showing off her amazing physique, abs, and breast! She showed off her shapely chest in the lacy lingerie as she pulled the unbuttoned blazer to sides for extra emphasis.

She appeared on the red carpet of Preacher as a fan, as she does not have any acting credits on her career yet. The AMC’s TV series Preacher features Dominic Cooper, Ruth Negga, and Joseph Gilgun.

Despite being one of the hottest bikini models, she has maintained media attention to  a bare minimum. However, we do know that she is unmarried currently.  However, if you look into her  Twitter profile, she has a boyfriend.

I have had a boyfriend sense middle school! https://t.co/C5Qcsn7yjo

Kara Del Toro, however, did not reveal the guy's identity. Are we going to directly hear the wedding announcement? Well, nothing else to do than wait and watch!

Kara Del Toro is not only popular as a bikini model , she is also a  social media sensation. She is pretty active on her social sites especially Instagram. Kara regularly shares her bikini pictures via her Instagram.

She gets continues WOW from her fans on her hot pictures.  She is signed with Elite Models and promotes its lingerie and bikinis.