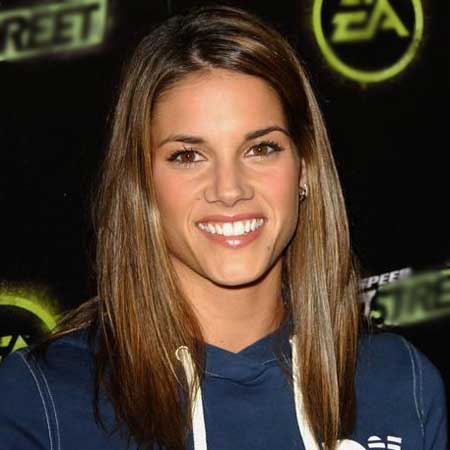 Melissa 'Missy' Rothstein (previously Margera) is an American photographer and model, came to rise from her previous marriage to Bam Margera, a professional skateboarder, and MTV stuntman. The pair divorced in 2012. She gained public attention for the first time after jointly starring with Bam Margera in the MTV reality show Bam's Unholy Union.

In addition, she has appeared in some TV shows and movies in her career. Her works include; Haggard: The Movie, Viva La Bam, Bam's Unholy Union, Bam Margera Presents: Where the #$&% Is Santa?, and CKY (music video).

Missy Rothstein was born on 3rd June 1980 in Springfield, Pennsylvania, US, under the birth sign Gemini. She is White in ethnicity and holds an American nationality. She spent the majority of her childhood in her hometown Pennsylvania.

Rothstein is the daughter of Marian Rothstein was raised by her mother. She studied at West Chester East High School. Later graduated from Penn State University with a bachelor's degree in communications.

Rothstein's career started in television series and films in 2003. She made her film debut in 2003 from an American independent comedy Haggard: The Movie, alongside Bam Margera, Jess Margera, and others. She made numerous cameo appearances in the fifth season of American reality TV series Viva La Bam.

Following her successful appearances, Missy featured in the MTV reality show Bam's Unholy Union in 2007. The gorgeous model gained public attention after jointly appearing with Bam in the show. The show released on January 30, 2007, and documented the weeks leading up to the couple's wedding.

In 2008, she cast alongside Joe Frantz, Kerry Getz, Bam Margera, and April Margera, among others in the film Bam Margera Presents: Where the #$&% Is Santa? She appeared in the music video CKY-A#1 Roller Rager in 2009.

Missy Rothstein was approached to shoot personal photos with Bam for American Lifestyle and entertainment magazine Playboy which she denied.

As of 2019, Missy Rothstein's total net worth is estimated to be $1 million. She earns a decent amount of money as a photographer and model. A model in the United States makes $42,180 annually on average. We can assume that Rothstein has a good amount of salary. She also makes around $28,872 from her other works as a photographer.

Rothstein's former husband earns a huge amount of money as a professional skateboarder and actor. He earns $6.5 million annually and has several luxury mansions. Bam Margera is very fond of luxury cars, as his car collection include, Bentley GT($214,425), Lamborgini hurricane spyder($203,295), Lamborgini($149,291). His total net worth is estimated to be $45 million.

Is She Dating Anyone After Bam Margera Divorce

Missy Rothstein is single after her divorce with Bam Margera. She was married to her boyfriend Bam Margera. Their wedding ceremony was held on 3rd Feb 2007, at the Loews Hotel in downtown Philadelphia, with about 350 friends and family. The event was chronicled on Bam's Unholy Union.

The couple went to Dubai for their honeymoon. They first met while attending West Chester East High School and started dating. They were engaged in 2006 after a year of the relationship and exchanged the vows in the following year.

Bam Margera told Kat Von during an appearance on LA Ink in 2008 that he faced $13,000 damages that occurred during the wedding celebration. He explained, "I was kind of ready for it, though. I was like, 'I'm inviting the Jackasscrew. If something doesn't get broken then that's not right."

The couple had issues in their relationship, which led to divorce. Bam Margera, in regard to the drinking binge, told that he may get a divorce, while he was taken to hospital by paramedics and state troopers after Missy called 911 following a four-day alcohol binge.

In October 2010, Bam Margera told Howard Stein, he and Rothstein were living separately in different cities, and meet once a week.

Rothstein also knew about his girlfriend in San Francisco and another in West Chester. Missy Rothstein and Bam Margera separated in 2010. Their divorce was finalized in 2012.

Following the divorce, her ex-husband, Bam Margera moved on and married Nichole Boyd in 2013. The couple also has a child a son named Phoenix Wolf.

On the other hand, Missy has been leading a single life to date and has yet to introduce anyone as her boyfriend.