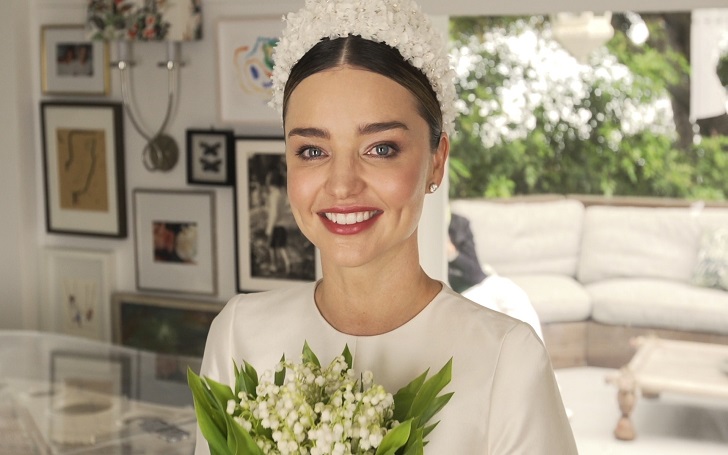 Though the Australian model had never met Chiuri, the new Dior designer, here was the chance to live out a fantasy. “I think it’s every girl’s dream to have Dior design her wedding dress. I thought, if she’s up for it, I’m up for it,” Kerr said.

The amazing dress that Grace Kelly wore for her wedding in 1956 to Prince Rainer III of Monaco- a long sleeve, lace piece made by Helen Rose- still serves as the inspiration for many brides around the world. And the Victoria Secret Angel was one of the many brides who looked for the actress and royal for her big day.

For @mirandakerr, it took two fittings and a team of couturiers at @dior to create her fairy-tale wedding dress. Take an exclusive inside look at the making of her dream dress in the link in our bio. Photographed by @patrickdemarchelier.

The couple got engaged in July of last year and it was since then when Kerr started dreaming about her wedding dresses. They tied the knot in late May in a family-centered ceremony in the garden of their $16 million Brentwood Mansion.

The model’s wedding dress was inspired by vintage icons

In the photos published in this month’s Vogue, the supermodel looked flawless and regal as he channeled the custom-made Dior dress and pearl-encrusted headpiece.

Miranda Kerr and Evan Spiegel married in May

According to the magazine, Kerr’s mother and grandmother cried out of happiness when they first saw the dress on her.