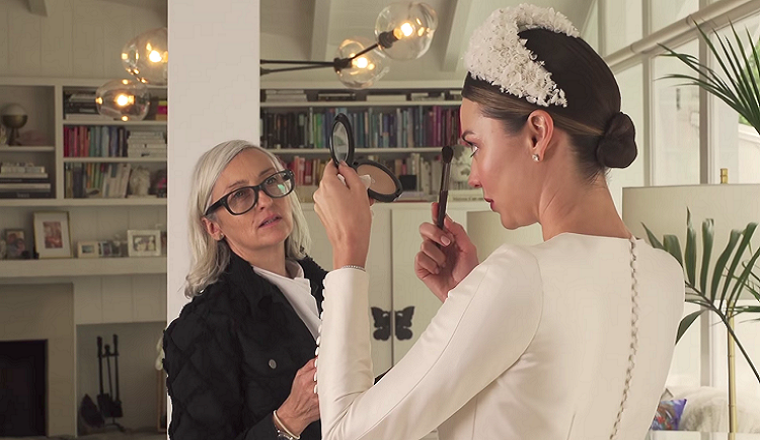 Who doesn't love themselves a bit of Miranda Kerr? She is an absolute nation's favorite! Well, there's some interesting news for all Kerr's fans. We all know the supermodel recently got married, but, have you seen her wedding dress yet?  Well, it is the prettiest Dior dress ever! And it's going on display at the National Gallery of Victoria later in August, the exhibition spans from 27th August to 7th November.

Just so you know how truly amazing the gown is, here's a look!

Miranda's Dior wedding gown is not only a custom gown with intricate details, it is also a work of the artistic director Maria Grazia Chiuri who is the first woman in Dior's 69-year history to lead the house. The gown is also in The house of Dior: Seventy Years of Haute Couture, the upcoming world-first exhibit.

Earlier this year, the Australian model married Snapchat founder Evan Spiegel in a secret ceremony in the backyard of their California mansion in front of only 45 guests, mostly only their family members.

Talking about her wedding dress that will soon go on display at the NGV, Miranda Kerr, after her honeymoon in Fiji, said to US Vogue,

Honestly, I couldn’t have imagined a more beautiful wedding dress

While Kerr has happily agreed to loan her Dress to the exhibit, she, apparently, cannot be at the exhibit due to her prior work commitments.

While Kerr’s more than happy to loan her dress to the NGV for the length of the exhibit – which runs from August 27 to November 7 – she won’t be accompanying it due to work commitments.