Miranda Kerr Opens Up about her Wedding, Find out Detailed Information Here! 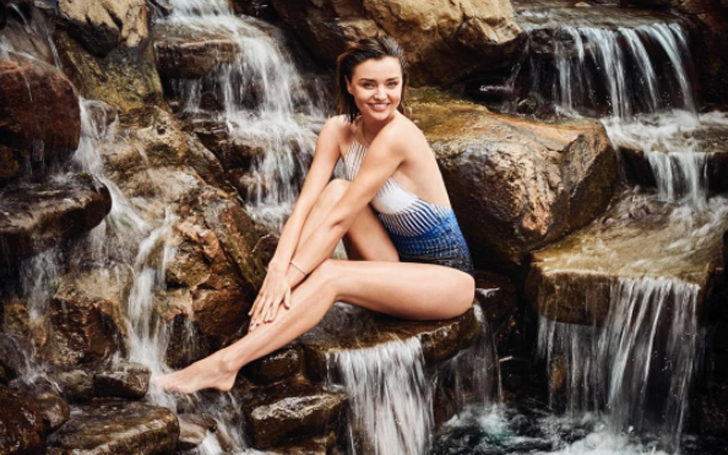 Miranda Kerr, a charming fashion model instantly became a big hit in 2007 after featuring as one of the Victoria Secret Angels. Kerr, a well-known supermodel is now a businesswoman and married to one as well.

Miranda Kerr broke the curse of irregular and better relationships, or as it seems, she married Evan Spiegel May 2017. Let's talk about one of the ''100 Hottest Women of all-time'', Miranda Kerr, and her new husband!

Who Is Miranda Kerr's Husband?

The glamorous Australian supermodel, Miranda Kerr, is currently married to Evan Spiegel. The wedding ceremony took place on 27th May 2017. Miranda and Evan were first spotted in public in June 2015.

Even before their marriage, the couple had already bought a $12 mansion in Brentwood, Los Angeles in May 2016. Kerr told The Sidney Morning Herald, that she and Spiegel were friends before they were romantically linked. Miranda first met Evan at a Louis Vuitton dinner in Los Angeles.

Miranda and Evan started out their relationship as friends and eventually grew closer. Miranda is 8 years older than Evan Spiegel. In an interview with The Times of London, Miranda said she is obsessed with snap chat, Spiegel is the co-founder of Snap Chat.

“By the way, I would be obsessed with Snapchat whether he was in my life or not. It’s the closest thing to having a conversation with someone in the moment. It feels more connected and people want to connect now more than ever.”

Evan Spiegel, 26, is the co-founder of snap chat and now Miranda Kerr's husband. It is believed that Miranda’s husband is worth about $5.5 billion after taking his company public. On 20th July 2016 (engagement day) Miranda posted a picture depicting her engagement in quite an interesting way.

On 11th June 2017, Miranda opened up about the wedding ceremony at Gwyneth Paltrow’s In Good Health' conference in Los Angeles Saturday, where she participated in a panel with Cameron Diaz, Tory Burch, and Nicole Richie. Amid, Kerr said from the stage:

"Our wedding was just so joyful. We started the day, did yoga.  Then our families came over and we literally all just had, like, this celebration in our backyard. It was magical, really."

Miranda, of course, comes from the fashion world, and Evan comes from tech. Even though they come from completely different backgrounds, they make the perfect match.

They married at the backyard of their Brentwood home in a very low profile wedding! All's well as long as they are happy!

Miranda Kerr, one of the FHM's '100 Sexiest Women' started dating an English actor, Orlando Bloom, in late 2007. However, the relationship ended bitterly for her.

Supermodel Kerr and Hollywood actor Orlando Bloom got engaged and then married in 2010. Kerr gave birth to a son named Flynn Christopher Bloom together with Orlando.

However, Kerr divorced Orlando after she caught him red hand sleeping with a waitress, Viviana Ross at London’s Chiltern Firehouse.

Well, Evan Speigel doesn't seem like Bloom kind of guy, hope this marriage goes well for the supermodel. For more on this topic and other gossips, keep coming back to Article Bio.