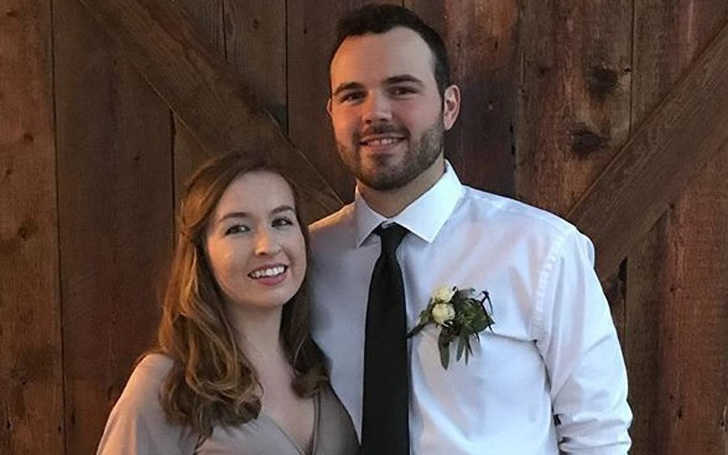 Minor League Baseball pitcher Blake Bivens mourns the deaths of his wife, son, and mother-in-law after they were brutally murdered at their home in Keeling, Virginia on Tuesday, 27th August.

Police arrested Bivens' teen brother-in-law after finding him the major suspect of the massacre. The boy, who ran naked across the streets, led the police through a chaotic chase before they nabbed him.

Pittsylvania County Public Safety had issued a warning to residents urging them to look out for Emily's brother, Matthew Bernard. Matthew, who had fled after the crime, emerged naked near a Keeling Baptist Church.

In a video captured by WSET, Matthew can be seen circling a police officer multiple times before he approached a man in the parking lot of the church and placed him in a chokehold. After a few minutes long chase, police arrested him near the woods.

EXCLUSIVE VIDEO: The suspect in a triple homicide in Pittsylvania County, 19-year-old Matthew Bernard, ran toward @KyleMWilcoxTV & @humphreyWSET while they were at a staging area -- he also strangled the church's caretaker.https://t.co/4OVjvg9kkQ pic.twitter.com/cg23z2KIEX

Sheriff Mike Taylor said in a press conference that his office received a call at around 8 in the Tuesday morning in which a person reported someone in his neighborhood was shot.

Mr. Taylor added when the officers responded to the location, they found a body of a female in the driveway of a home and later one child and another female.

The Tampa Bay Rays tweeted in support of the aspiring baseball star on Tuesday night where they wrote: "Our hearts are broke for Blake." They added, "We are grieving with him and will support him any way we can."

We're with you, Blake. pic.twitter.com/gJqdUCIf7p

Matthew Bernard was charged with three counts of first-degree murder. He remains under police custody.