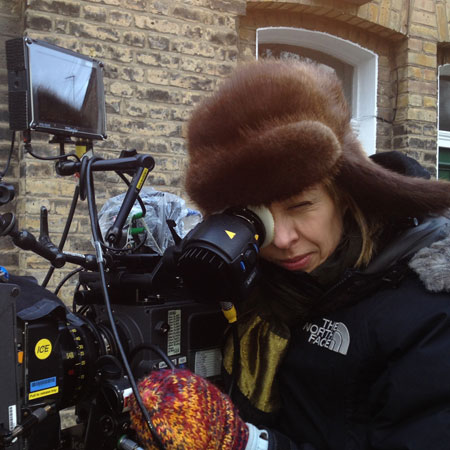 Widely recognized as the director of a global hit and multi award-winning historical period drama TV series Downton Abbey, Minkie Spiro is a successful film and TV director. She is also the director of the critically acclaimed Call the Midwife. Her several short movies have received critical acclaim and awards at many international film festivals.

Minkie Spiro was born in 1970, in England. Regarding her nationality, she is British, and as far as her ethnicity is concerned, she is a Caucasian.

A Fulbright scholar, Spiro earned her First Class Honours degree from Central St. Martins School in London. She later studied for Master Degree in Film Directing at the Royal College of Art in London.

Minkie Spiro first began working as a photographer, and most of her works are featured in international exhibitions. She later decided to make short films and documentaries which received critical acclaim and awards at several international film festivals.

Soon after that, Spiro entered the arena of dramas and pilots for prime time television. She earned a nomination for a BAFTA for Best Newcomer to TV Fiction, in 2004. She made a huge success in 2010 when she directed the global phenomenon and multi-award-winning period drama Downton Abbey.

Minkie Spiro has earned a good amount of money from her career though she has not disclosed the exact amount of net worth to the public. She has directed two successful TV series Call the Midwife and Downton Abbey which are rated 8.7 and 8.4 by IMDb respectively.

According to Hollywood reporter, TV directors are paid differently- "The base DGA rate is $25,145 for a half-hour episode and $42,701 for an hour". She is also a writer and a producer, so, considering her profession we can assume that she earns in millions.

Minkie Spiro is very secretive and has always maintained a low key personal life. She is unmarried and as of now, not dating anyone.

In her leisure time, Spiro is often seen spending times reading books and playing guitars. She is also active on Twitter where she usually promotes her work.