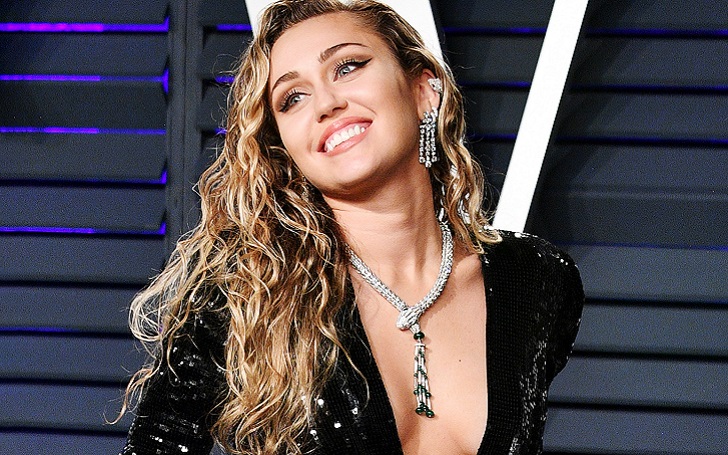 American singer and actor Billy Ray’s song Old Town Road remixed by Lil Nas X has soared to the top of the download chart. It is now famous on lip-syncing app Tik Tok.

Though it is not rosy in the world of country music as the tune has thrown off  Billboard’s Hot Country Songs Chart, it did not bother her 26 years old daughter Miley Cyrus who took her Instagram for sharing the joy of her father’s success.

Miley posted a black and white photo on Instagram in which she is seen topless covering her assets with conveniently placed arms blowing her nose on dollar bills. She posed topless with hands full of money. She captioned the pic “When your dad is #1 on iTunes with @lilnasx”

When your dad is #1 on iTunes with @lilnasx ! @billyraycyrus

The song is remixed by Lil Nas X and has his name that fronts the single. On the other side, Billy has twitted his support after the song was announced.

Been watching everything going on with OTR. When I got thrown off the charts, Waylon Jennings said to me “Take this as a compliment” means you’re doing something great! Only Outlaws are outlawed. Welcome to the club!"

The video has already smashed 23 million views on YouTube and is currently holds the position of fifteen on the cross-genre Billboard Top 11 Chart.

The decision of removing the song from the country chart has been cited as the evidence of racism in the country music scene.