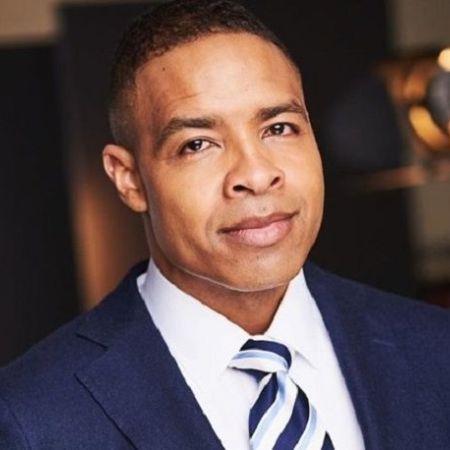 He grew up in his hometown in New York with his parents. He graduated from the United States Air Force Academy.

From Sportscaster To CEO of Production Company

Mike Hill was enlisted as a reserve member in the U.S. Air Force. But, he later decided to pursue a career in the media field working as a sports director at WHAG-TV in 1995. In the following year, he landed the job as an anchor in KSEE-TV.

In 1997, Hill joined WKRN-TV in Nashville, Tennessee,. There, he covered high school football tournaments and also won two Emmy Awards too. The journalist gained wide recognition after he started working for ESPN in 2004. He hosted Hill and Schlereth with Mark Schlereth on ESPN Radio. His other works with the network include NFL Live, Basketball Tonight, and ESPN First Take. 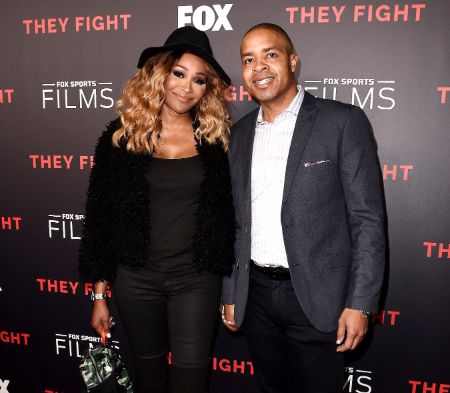 Mike Hill with her finacee Cynthia Bailey at the premiere of They Fight SOURCE: Getty Image

In August 2013, Hill went on to join Fox Sports 1. He appeared in its many programs such as Fox Sports Live and Fox Football Daily. He became the host of the early evening program America's Pregame, on 7th April 2014. He also hosts the BIG3 game of FS1 for their second season.

Besides, Mike is also a CEO of a multimedia production company Thrill Entertainment.

Mike Hill has been working as a sportscaster for more than 15 years. He has made a significant portion of his net worth from his career which is $5 million, as per some online sources.

Mike is also a CEO of Thrill of Entertainment a multimedia production company. It is also a major source of income.

Going To Marry His Fiancee In 2020

Mike Hill is engaged to Cynthia Bailey on 26th July 2019 during the opening of Cynthia's new business. Mike proposed her with a 5-carat princess cut solitaire ring among their loved ones.

His fiance is a former model, television personality and actress. The couple first met on the set of Steve Harvey Show on April 2018. Cynthia also shared numerous pictures of their first meeting on her Instagram.

Due to their tight schedule, the two plan to marry in October 2020. 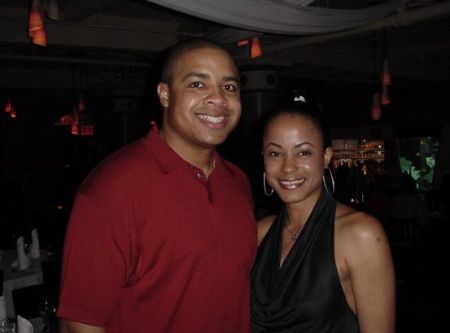 Mike was also married to Miss Universe contestant Camille Hill. They also has two children Ashlee and Kayala. The couple never revealed when they exchanged the vows and how their relationship ended in divorce.

Mike also has a stepdaughter Noelle Robinson from his fiance Cynthia's previous relationship with actor and singer Leon Robinson.