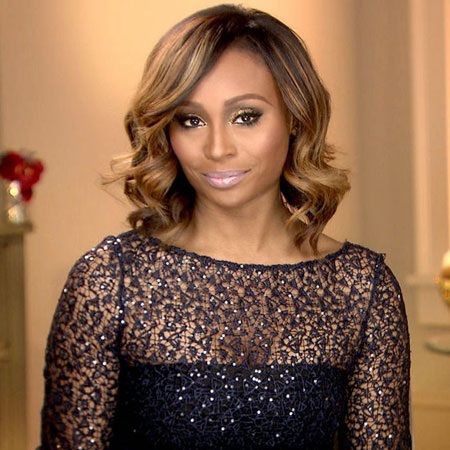 Cynthia Bailey is an American actress, model, and reality television star best known as the cast in The Real Housewife of Atlanta. She has also been featured on the cover of various popular magazines and has portrayed some movies.

Cynthia Bailey was born on February 19, 1967, in Alabama U.S. She was born to Barbara Bailey and Leon Bailey. She has a sister named Malorie Bailey.Bailey's nationality is American and belongs to black ethnicity.

Cynthia was interested in modeling since her early age and was also the winner of Homecoming Queen Crown during her high school days.

Cynthia Bailey later moved to New York to start a modeling career and signed with Wilhelmina Models when she was 18. Bailey has appeared twice on the cover of Essence and has even modeled in European Fashion shows.

Moreover, Bailey has also appeared on the cover of Vanity Fair and in a number of movies. One of the famous hit movies is Sharknado: The Fourth Awakens.

Later in October 2010, Cynthia Bailey joined the cast of The Real Housewives of Atlanta for the third season of the show.

Bailey also starred on The Next:15 as a guest on February 2016. Additionally, Bailey appeared in a doc u mentary in 2015 and was a guest judge in the preliminary and finals competition of 65th Miss Universe in the Mall of Asia Arena, Philippines, on January 29, 2017.

Cynthia Bailey's first boyfriend was an actor and singer Leon Robinson, but they ended up their love affair after several months of togetherness.

Bailey had also made comments about Kandi Burruss and Phaedra Parks recently after her divorce.

Despite the divorce, Cynthia's husband Peter has admitted to fully support Cynthia. However, the couple got separated after six years of marriage, Peter reveals, he was blindsided after Cynthia revealed to E! she wanted a divorce.

Whereas Cynthia told E! at the same time: I want to take some time for myself. I think the time apart for him has been good as well'.

Moreover, Peter says ' I love Cynthia, I have never cheated on her, she knows this very well and I've never done anything soo bad, but love and defend my life, Bailey knows this too'.

Later on, Peter said there were other factors that contributed to their separation, Our individual ambitions were also part of our relationship's separation.

According to the current news, Cynthia has restarted dating Peter on 15th March 2017.

Famous actress and Television star, Cynthia Bailey reportedly earn a heavy amount of salary from her various career. Bailey's total net worth is estimated to be $ 500 thousand. Bailey is 5 feet 10 inches tall in height and 68kg in weight.