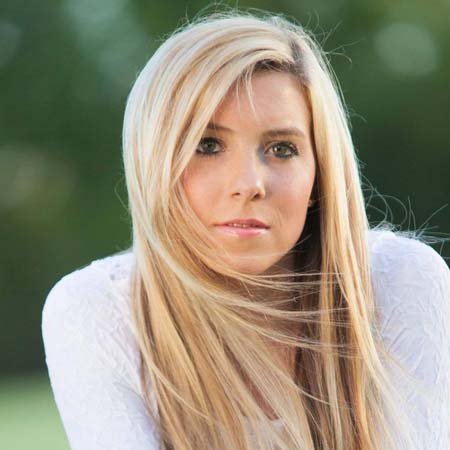 Michelle Moyer is a celebrity known for being the estranged wife of the former NBA star and famous personality Dennis Rodman. Michelle Moyer rose to fame for marrying the former NBA star Dennis Rodman. She was the star’s third wife and their relationship was highly subjected to news tabloids over the years. She is reported of white ethnicity and American nationality.

Moyer married  Dennis Rodman in 2003 and has two children; a son, Dennis Junior (D.J., born 2000) and a daughter, Trinity (born 2001). She filed for divorce in 2004, although the couple spent several years attempting to reconcile.

Who is Michelle Moyer?

Michelle Moyer was born in 1967, in the United States of America. She belongs to American nationality and regarding her ethnicity, Moyer is White.

Moyer rose to fame only after she was linked with the NBA superstar Dennis Rodman. Prior to that, it was reported she was born in the United States of America and had been working there.

Michelle Moyer and Dennis Rodman met in the year 1999. The couple started off in a life-in relationship which led them to be married. Before marriage, they had two children together. In the year 2000, the couple gave birth to their first child, a son named D.J. their second child, daughter Trinity was born in the year 2001.

Dennis married Michelle at the age of 42 in the year 2003. The marriage of the couple was subjected to highlights. Michelle is the third wife of Dennis, who was previously married to Annie Bakes and later to model Carmen Electra, both of which had resulted in a nasty divorce.

After a year of marriage, problems arose between the couple, and decided to drift apart in the year 2004. Michelle filed for divorce that year but the couple spent a couple of years in an attempt to bring their relationship back online.

The major reason for the split and the divorce was the drinking problems associated with Dennis Rodman. He also entered and came out of rehab a couple of times in order to cater to his drinking problem and get over it. As per Moyer, he was also said to be an irresponsible father as she saw him taking Jager shot in front of their kids. Also, he was blamed for domestic violence.

However, all was in vain and after 6 years, the marriage was dissolved finally in the year 2012. The divorce came about only after Michelle petitioned the court to grant her a divorce. It has been estimated that Dennis owes a huge 800 thousand dollars in child support and has not paid it yet.

Rodman following their divorce is single as there are no reports about his dating and married.

How Much Moyer Receives As a Divorce Settlement? Know Her Net Worth

As there is nothing about her professions it becomes much hard to trace out about Michelle Moyer's net worth.  But according to some sources it has been reported that her net worth can be believed to be around $0.4 million, as of 2019.

Michelle Moyer’s net worth has risen after her divorce from her husband Dennis Rodman. However, the net worth of Dennis has decreased dramatically over the years. He has a net worth of just a million dollars while he used to earn about $29 million on contract earning during the peak time of his career. His bad choices have led him to have such a decreased amount of net worth.

Michelle Rodman filed for divorce in 2004, although the couple spent several years attempting to reconcile. The marriage was officially dissolved in 2012 when Michelle Rodman again petitioned the court to grant a divorce. It was reported that Rodman owed $860,376 in child and spousal support. The divorce from his wife has certainly led him to his downfall when it comes to money matters.

As of now, Michelle filed for divorce against her ex-husband for not paying child as well as spousal support.