Michelle Hardwick And Kate Brooks Got Married At Graceland 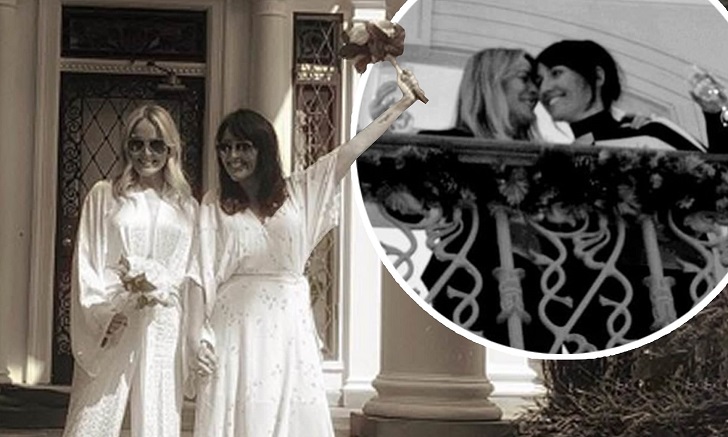 Michelle Hardwick, who is widely known for appearing in the television series The Royal and ITV soap opera Emmerdale, has tied the knot at Graceland in Memphis. They got married on 10th September on Tuesday.

The 42 years old actress took her Instagram on Thursday, 12th September, to announce the happy news and to updated their fans with their Elvis Presley-inspired wedding ceremony. In the comment section, she claimed that she became Mrs. Brooks. 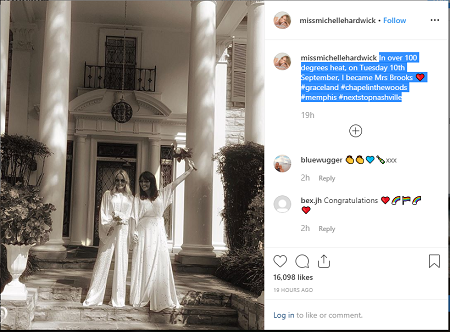 The news of the couple’s marriage comes around a couple of weeks after Michelle opened up about her encounters to the threat of homophobia. She admitted that she lives in fear every day and believes that society is going backward.

For the special day, Michelle looked beautiful, wearing a white jumpsuit with sunglasses as she held onto a bouquet. On the other side, Kate looked elegant, wearing a maxi dress.

Michelle and Kate got engaged in December last year after around two months of confirming the relationship on National Coming Out Day. Michelle was the one to announce the happy news via Instagram.

While appearing on Loose Women, the Emmerdale actress revealed that she had been planning the proposal for over months. In the same talk, she told that they had met a couple of years ago and began going out a few years ago.