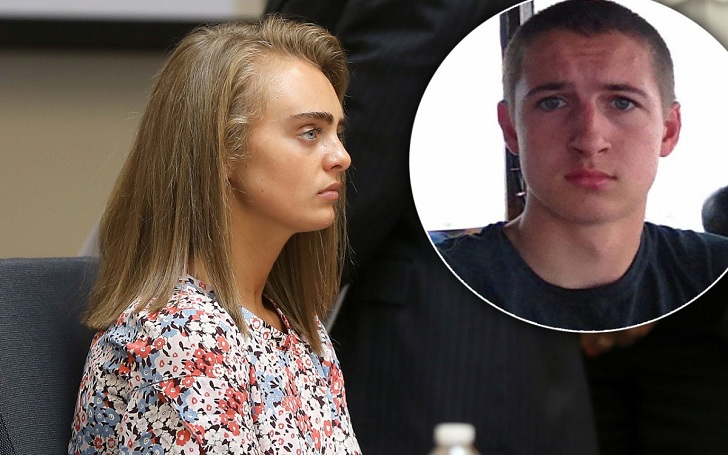 A young woman found guilty of motivating her boyfriend to commit a suicide was ordered to put for two and half years behind the bars.

Michelle Carter was convicted of involuntary manslaughter of her then 18-years old boyfriend, Conrad Roy who killed himself on July 13, 2014. Her sentence has been now put on hold after being appealed.

On the day of Roy's death, Carter had texted him dozens time encouraging him to take his life. Roy was mentally troubled and had committed that he wanted to kill himself.

Conrad Roy was found dead inside a truck intoxicated with carbon monoxide gas in Massassuchetts. He had gotten out, however, his girlfriend's encouraging messages took his inside the truck and eventually died.

One of her messages say:

The time is right and you are ready… just do it babe.

In one of her messages, Carter had even mentioned the ways of committing suicide, which read:

Hang yourself, jump off a building, stab yourself I don't know there's a lot of ways.

Right before Roy died, she had messaged him saying:

You need to do it, Conrad" and "All you have to do is turn the generator on and you will be free and happy.

Roy's parents including her aunt requested Bristol County Juvenile Court Judge Lawrence Moniz to hand over minimum 12-years sentence. However, Carter's father requested the judge to show some mercy and explained that his daughter was just trying to do what she thought was right.

Michelle Carter, sentenced to 2.5 years over death of Conrad Roy, whom she texted urging him to take his own lifehttps://t.co/Ha8TZD7ldh

It was very first case of this nature, the American judicial had ever faced.