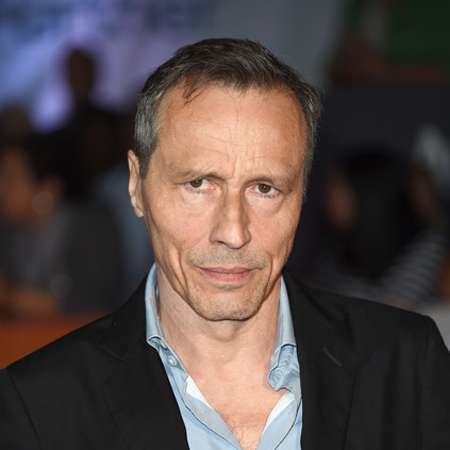 Michael Wincott is one of the leading faces in the world of acting. He came in the light following his appearance in the movie Robin Hood: Prince of Thrives, The Crow, and more. His role in the hit miniseries 24: Live Another Day also earned him huge fame.

Michael Wincott is an actor, best known for his raspy villain voice. He was born on January 21, 1958, in Scarborough, Ontario, Canada. He is the youngest son of Lucia Wincott, an Italian immigrant from North Italy, and William Wincott, an English.

His birth name is Michael Anthony Claudio Wincott. He is the younger brother of Director, Producer, and Actor Jeff Wincott and Bill Wincott. He is of Canadian nationality and white ethnically.

Michael attended elementary school at Techumseh Senior Public and high school at Cedarbrae Collegiate Institute. Before moving to New York to attended  The Juilliard School (Drama Division) in 1982, he had already taken roles in Canadian films. He eventually graduated in 1986. As his bio has drafted Wincott began working in the public theater, Joseph Papp's Public Theatre after graduation.

Michael Wincott well-established himself on stage in 1987 's"Talk Radio" and appeared on Oliver Stone's big screen in the following year. Wincott worked regularly on stage and television, appearing in two more back-to-back films for Oliver Stone, 'Born on the Fourth of July' of 1989 and 'The Doors of 1991.

However, his fan base starts when he appeared for the movie 'Robin Hood: Prince of Thieves (1991) as a Guy of Gisborne, which introduces Wincott to his then-largest audience.

His capability to play both menacing and seductive made him cast as villains in a number of movies every now and then, most particularly in 'The Three Musketeers' of 1993, 'The Crow', 'Alien: Resurrection of 1997, 'Along Came a Spider' and 'The Count of Monte Cristo'. His strong growl voice, using as his trademark open his career.

He also became a voice actor for such blockbuster video games as 2004's 'Halo 2' and 'Darksiders 2' (2012).  Wincott is a talented, versatile, and adaptable actor on stage and on screen, this made him one of the most memorable villains on screens during the 1990s and 2000s. He also appeared in several tv shows including 'Live Another Day.'

Wincott's cla s smates recall him as a good boy from early school. He was friendly and always ready with a smile and had a great sense of humor. One of his cla s smates recalls how he and Michael would always get into trouble in high school because they were always joking and laughing. He used to be a poster boy for the Got Milk campaign because Mike used to drink it by the gallon.

He loves watching Barbara Streisand movies, and drummer Buddy Rich was his inspiration for playing the drums. He played the drums in a jazz band as a kid, as well as on his desk at school. Michael was always a bit out there, and definitely different, being one of the few people in his cla s s to have long hair. But he was warm and friendly, and very funny, and was considered a genuinely nice guy once you got to know him.

Michael Wincott's Net Worth And Earnings

Michael Wincott has made a good amount of money from his work in movies and TV series. According to some sources, his net worth is estimated to be around $5 million, as of 2019.

In the year 1997, the actor was a cast in the movie Aline Resurrection which grossed over $161 million worldwide. The movie starred Sigourney Weaver, Winona Ryder, Ron Perlman, and Dan Hedaya.

As of 2016, Wincott's age is 58. He once dated a model named Elizabeth Jagger. They first met in New York. However, the couple broke up about a month later. Miss Jagger claims that Wincott was too boring for her and mentions that they have a huge age gap. To be precise, their age gap is 26 years senior to her. We have no information about who he is dating currently. Wincott seems to be sexually straight, as we do not find any report regarding his sexual orientation.

Many people enjoyed sharing rumors and gossip about celebrities. Some websites rumored that he is married and has a child, but we don't know for sure that Wincott is married nor we don't know who his wife is? As we lack proof. Michael Wincott has faced several interviews but never mentioned his marital life. Anyway, one can watch his interview on YouTube.