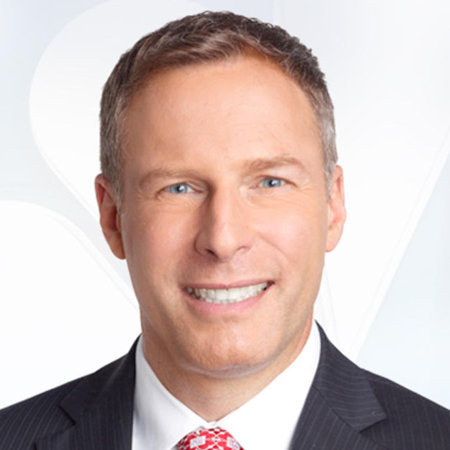 Michael Gargiulo is popular for his work at WNBC News 4 New York.

Michael Gargiulo was was born on February 12, 1960, as Michael Louis Gargiulo, in Manhattan, New York. Mike Gargiulo and Dorothy Gargiulo are the proud parents of this very skilled news anchor.

During his initial stage of the career, Michael Gargiulo worked as a host in the local edition of the syndicated magazine show PM Magazine in 1984. Later he worked for WYOU-TV as a reporter and anchor. In 1990, he joined ABC (now CBS) affiliate WLKY in Louisville and he worked as the reporter.

In 1993, Michael Gargiulo started working as an anchor and reporter at KSTP-TV, located in Minneapolis and worked there until 1997. Gargiulo has also worked for Hearst-Argyle Television as Washington DC Correspondent.

Gargiulo has worked as anchor in the morning newscast on a Fox owned and operated station WTTG located in Washington DC starting from 2000 until 2006. In 2006, he moved to WNBC, where he served as a general assignment reporter and later he was named anchor of Weekend Today in New York. As an anchor at WNBC, he covered the President Obama's visit to Ground Zero, the Giants Tickertape Parade, Hurricanes Irene and many more historic moments.

In 2008, Michael Gariulo, along with Darlene Rodriguez, started working as an anchor in 'Today'. As a reporter, he occasionally appeared on Team Umizoomi, a original Nickelodeon series.

Michael Gargiulo is a married man and his sexual orientation is straight. Gargiulo had an affair with Shannon Powell and they got married after few years of dating. Gargiulo, has a son named Andrew and a daughter Olivia.

Besides his journalist career, he keeps huge interest in Soccer and from religious point of view, he is a Roman Catholic. Gargiulo currently lives in Westchester County, New York, USA along with his wife and children.

Michael Gargiulo has maintained a net worth of around few million dollars. So as his net worth his salary is also assumed to be high.