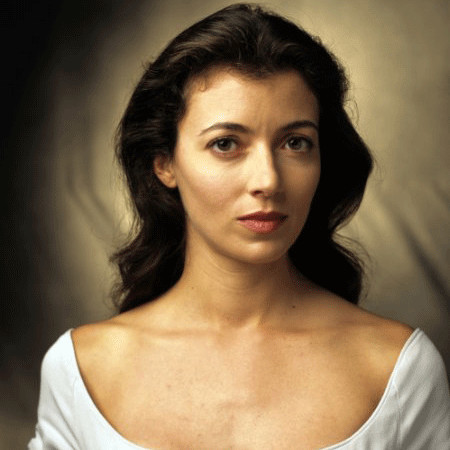 American actress Mia Sira is best known for her role as Sloane Peterson in the 1986 comedy movie Ferris Bueller’s Day Off. Sloane Peterson is a girlfriend of lead character Ferris Bueller, a high school student in the movie. Sira is also mostly known for her work in Legend and Timecop. She has also been a part of a number of successful projects which includes Dorothy and the Witches of Oz, Alfred Hitchc* * k Presents,  Jack and the Beanstalk: The Real Story, and Nightmares & Dreamscapes: From the Stories of Stephen King.

The actress has been married twice. She was married to Jason Connery (1996-2002). Since 2010, she is married to Brian Henson. She has two children from two marriages.

Mia Sara was born Mia Sarapochiello on June 19, 1967, in Brooklyn Heights, New York. Mia is the eldest daughter of Diana Sarapochiello, a stylist and photographer, and Jerome Sarapochiello. She holds American nationality and ethnicity wise, she is a White American.

Mia Sara is a St. Ann's School graduate. She completed her high school education in 1985. After graduating from high school, she enrolled in acting at teacher Roy London's cla s ses and studied acting with the famous acting theater called Famed. Her first appearance was a recurring role on the daytime opera soap called 'All My Children'.

Sara's most noticeable role was in the 1986 movie Legend where she portrayed Princess Lili while she was only sixteen years old and was still attending her high school.

Sara's other hit movie Ferris Bueller’s Day Off did an extraordinary business which instantly uplifted her career as an established Hollywood actress.

Sara appeared in the miniseries Queenie, a roman à clef on actress Merle Oberon, as well as 1992's A Stranger Among Us. In 1994, she starred opposite Jean-Claude Van Damme in the blockbuster Timecop.

Her television roles have included playing Annie Knox in the science fiction series Time Trax and Dr. Harleen Quinzel in the short-lived WB Network superhero show Birds of Prey in 2002. Her other works include Nightmares & Dreamscapes: From the Stories of Stephen King, Tinseltown, as well as The Witches of Oz.

In the year 2012, Sara appeared in a movie Dorothy and the Witches of Oz. She appeared alongside Paula Rojas, Eliza Swenson, Billy Boyd, Christopher Lloyd, Sean Astin, and other stars.

Mia Sara's Net Worth And Salary

The actress Mia Sara has an estimated net worth of around $1.5 million according to Celebrity net worth. Her main source of income is her acting career. In 1994, the actress was a cast in the movie Timecop which became success commercially as it grossed over $100 million on a $27 million budget. She featured in the movie alongside Jean-Claude Van Damme and Ron Silver.

Sara's another box office hit movie was Ferris Buller's Day Off which was turned out as one of the top-grossing films of the year 1986 making receiving $70.1 million over a $5.8 million budget. In the movie, she shared the screen alongside Matthew Broderick and Alan Ruck.

A film and TV actress, Mia Sara is a married woman and has two children. She married her boyfriend Jason Connery, in March 1996. He is a British actor and director and a son of Sean Connery. Also, the couple together performed in 'Bullet to Beijing'.

The couple welcomed their son named Dashiell Quinn Connery in June 1997. He is an aspirant actor. He has featured in a few movies. After five years of married life, the couple got divorced in 2002. The reason behind their separation is still a mystery.

CAPTION: Mia Sara and her husband SOURCE: The List

Following their divorce, the actress went on to marry Brian Henson, son of Jim Henson who created the famous Comedy movie The Muppets. The couple exchanged their vows on 6 April 2010.

The couple welcomed their first child, a daughter named Amelia Jane Henson, born in 2005. Sara and her husband Henson are living together for quite a long time with no any rumors of divorce neither extra affairs.

Her husband is a multi-persona; a puppeteer, producer, director, technician and the chairman of The Jim Henson Company. He grew up in an entertainment family background. Her father is a great puppet and cartoonist.

He is also the co-creator, producer and a performer in the adult puppet-based show Puppet Up! He also played various characters from that variety show on the British program That Puppet Game Show. In addition to this, he also performed one of his father’s characters, The Muppet Newsman, for the first time.