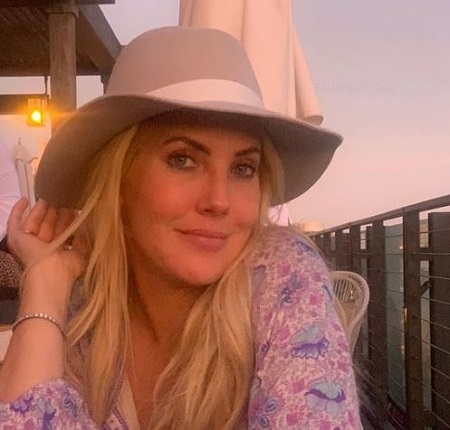 Mercedes McNab is a former Canadian actress who is best known for playing the role of Harmony Kendall on Buffy the Vampire Slayer and its spin-off Angel. She also notably appeared in Addams Family Values, Hatchet, and Hatchet 2. She left acting after getting married and becoming a mother.

Mercedes McNab was born as Mercedes Alicia McNab on March 14, 1980, in Vancouver, Canada, under the birth sign Pisces. She is of Canadian nationality and belongs to caucasian ethnicity.

Her father, Bob McNab, is a former English soccer player. She was raised as an only child to her parents in Vancouver.

McNab stands at an average height of 5 feet 4 inches (1.63 m) and is 41-year-old as of 2021. As for her educational background, she attended school and college in Vancouver.

She has a unique name 'Mercedes' and when asked about the story behind it. She simply said it was her mother's idea.

It's funny. My real name sounds like a stripper name, too. But, that's what I was given at birth. I always asked my mom why and she would say, "Oh, it's because I really liked it." But I'm convinced it's because they had a Mercedes when I was born and that I was conceived in it.

Appearance In 'Buffy the Vampire Slayer' And 'Angel'

Mercedes McNab made her acting debut with the role of a cookies seller in The Addams Family in 1991. LAter in 1993, she received a more prominent role in its sequel Addams Family Values. 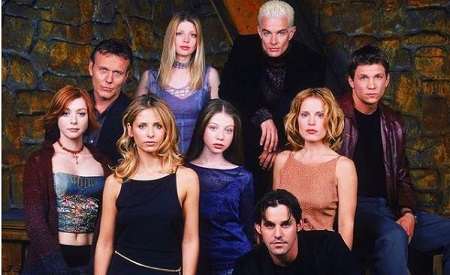 Her breakthrough role came in 1997 when she played a recurring role of Harmony Kendall on the WB television show Buffy the Vampire Slayer. She appeared in 16 episodes of the show until 2001, alongside Sarah Michelle Gellar, Nicholas Brendon, Alyson Hannigan, and Charisma Carpenter.

[About the cancellation of Buffy the Vampire Slayer (1997)] I was a little disappointed. The show was a part of my life for six years, so to have that taken away was kind of a bummer.

McNab reprised the role in its spin-off, Angel, opposite David Boreanaz. She appeared on the show was a series regular during the final season which aired from 2003 to 2004.

Since her exit from Angel, McNab has guest-appeared in numerous popular television shows such as Psych and Supernatural.

In 2007, McNab played the lead role of Misty in the horror-slasher film, Hatchet. Later in 2010, she appeared in its sequel Hatchet 2 alongside Kane Hodder and Danielle Harris.

While in the entertainment industry, McNab was one of the prominent film and television actresses and throughout her 20-year long acting journey, the 39-year-old Buffy the Vampire Slayer star earned a decent amount of money.

She has not revealed her exact net worth, however, sources have estimated the total fortune of McNab to be $1 million.

Moving towards the relationship status of Mercedes McNab, she is a married woman. The Hatchet star has been married to Mark Henderson, who is the owner of the Crescent Hotel in San Francisco.

Mercedes and Mark tied the knot in a lavish ceremony in La Paz, Mexico, on May 12, 2012, before their close family members and friends. 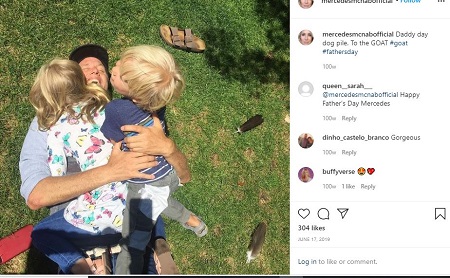 The husband-wife duo welcomed their first child, an adorable daughter, Vaunne Sydney Henderson, on February 25, 2013. If we scroll through her Instagram, it looks like, the pair also have a son together, however, no details of him is made public yet,

The happy mother left the acting and spotlight to be a full-time mother.