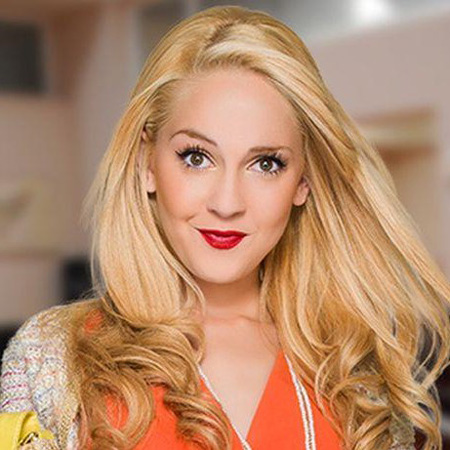 Mercedes Lambre is an Argentine actress, singer, dancer, as well as model.  She is well known for portraying the character of Ludmila in the Disney TV series, Violetta. She also won a Kids' Choice Award for the role.

A multi-talented personality, Mercedes was born on October 5, 1992, in Buenos Aires, Argentina. She belongs to Argentinian nationality and as far as her ethnicity is concerned, Mercedes is a Caucasian. She is the daughter of Mona Lambre and Jose Rodriguez.

Mercedes was raised up in her hometown La Plata, Province of Buenos Aires and trained in various sectors like, acting, singing, and dancing from there. She also attended theater lessons along with Lito Cruz, Augusto Britez, Gaston Marioni, and Alejandro Orduna.

Mercedes first started her career as a model for pay television signal Utilisima. She played the role of Ludmila along with Martina Stoessel in the show Violetta.

She also featured in the second Violetta’s music video, "Juntos Somos más", which aired on May 1, 2012, on Disney Channel. She currently portrays the character of Emma in an Argentine telenovela, Heidi Bienvenida a casa.

The telenovela was created and produced by Marcela Citterio for Nickelodeon Latin America.

The actress and singer Mercedes Lambre is unmarried. However, she was romantically involved in a relationship with Pablo Espinosa in the year 2012. The couple shared their romance only for a year and broke up in 2013.

After that, Mercedes, 24, began dating her boyfriend Xabiani Ponce de Leon in the same year. They stayed in a relationship for a couple years. Currently, Mercedes’s ex-boyfriend, Xabiani is dating Tatiana del Real.

After having two broken relationships, she took a gap in her personal life for a year. But, later, Mercedes began posting her pictures with Argentino composer, Patricio Arellano on her Instagram account.

Mercedes and Patricio have also featured together in several YouTube videos. It seems the couple is in a deep relationship, but neither Mercedes nor Patricio has confirmed their love affair yet.

Mercedes Lambre has earned a good amount of net worth as an actress, singer as well as model. Mercedes' estimated net worth is  $1 million.