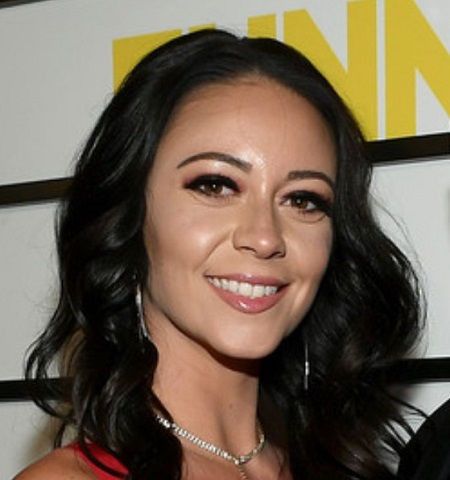 Melyssa Davies is an American personality who grabbed huge attention after being in a relationship with comedian James Murray. Her husband, James, is a famous American comedian, author, actor, and producer known for Impractical Jokers.

Melyssa was born on 13th May 1995 and is 26 years old, as of 2021. She was born in the United States of America and currently resides in New York. She belongs to American nationality.

As Melyssa came into the spotlight for being in a relationship with James, there is nothing much disclosed about her. She is reported to have completed nursing school.

As per gossip mongers, Melyssa is a nursing student. Before getting engaged with her husband, she finished nursing school. She currently works in the field of geriatric and hospice care.

Talking about her partner’s professional life, James started his professional career in 1998. He wrote, produced, and directed the movie Damned!. The television series Impractical Jokers aired on 15th December 2011 and became a super hit.

James has written four novels, Awakened: A Novel, Impractical Jokers: The Book, The Brink, and Obliteration: An Awakened Nobel.

Talking about Melyssa Davies’s net worth, she is a secretive person who has not revealed anything about it. However, her husband has a net worth of $5 million. He earns a hefty figure of money from his successful career in television shows and books. He has won a $100 thousand grand prize in NBC’s It’s Your Show Competition.

How Did Their Relationship Start?

For your information, Melyssa and James first met at a launch party that he threw for his debut novel Awakened. Since then, they were in contact and started dating in 2018 but kept their relationship low-key.

James planned on getting engaged while vacationing around Turks and Caicos over Labor Day weekend, but the hurricane changed the plan. However, the couple got engaged in a home picnic on 30th August 2019. In September 2020, the couple exchanged the wedding vows in a private-intimate wedding ceremony.

Actually, Melyssa is nineteen years younger than her partner, but it seems like age is just a number. She sometimes appears on her husband’s Instagram.