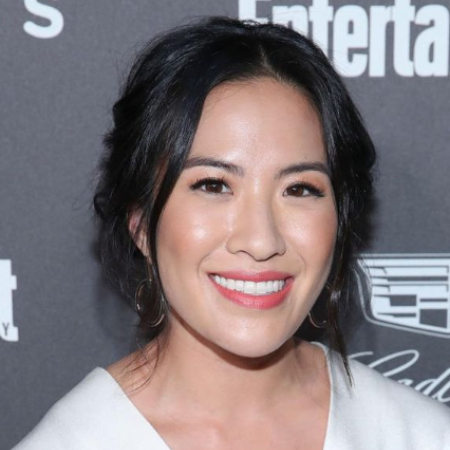 Melissa Tang is an American actress who is well known for her role as April Cho in the Fox sitcom The Goodwin Games and Margret in the comedy-drama series The Kominsky Method. The actress also has notable guest appearances in TV series such as The Big Bang Theory, Mom, The Unit, Lie to Me, and more. Moreover, she has been cast in the films like Beginners, A Good Day to Die Hard, and Inside.

Melissa Tang was born on May 7, 1985, in Los Angeles, California, the United States. She holds American citizenship and is of Chinese descent.

After completing her high school level, the actress obtained BFA in acting from Carnegie Mellon University, graduating in the year 2007.

Tang first appeared in the adventure project The Routes of Wild Flowers in 2006. She was cast in the television film Man Stroke Woman in 2008.

The same year, she made her appearance in the television series The Unit. Likewise, she appeared in the TV series Lie to Me the following year.

She was cast as Liz in the feature film Beginners in 2010. The next year, she was seen in the social thriller film Inside. The actress then guest-appeared in TV series like Harry's Law, New Girl, Good Luck Charlie, and Baby Daddy.

In 2013, The Beginners star played April Cho in the Fox sitcom The Goodwin Games and as Lucas in the action-thriller film A Good Day to Die Hard starring Jai Courtney, Cole Hauser, Amaury Nolasco, and more.

She notably appeared as Mandy Chao in the hit CBS sitcom The Big Bang Theory in 2015. Since 2018, she is playing the recurring role of Margaret in the comedy-drama series The Kominsky Method.

What Is The Net Worth Of Melissa Tang?

The 36-year-old actress has accumulated a net worth of around $1.6 million as of June 2021. The main source of her wealth is her successful career in the acting field.

The Goodwin Games star has been part of the action-thriller film A Good Day to Die Hard, which collected a box office of $304.7 million against the budget of $92 million.

The salary of average actors is between $45k and $52k per year in the United States. So she might have a similar range of income through her acting credits.

The Kominsky Method actress is a married woman. She tied the knot to her long-term boyfriend, Sebastian Gibbsafter dating for a few years, in a very intimate wedding ceremony. 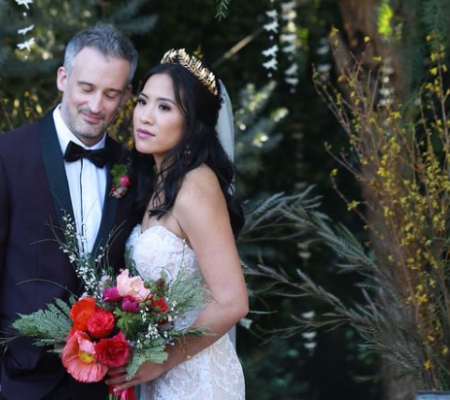 On February 24, 2018, her husband posted their wedding pictures revealing to the world that they got married. The lovely pair is quite active on social media and often posts adorable snaps of each other.