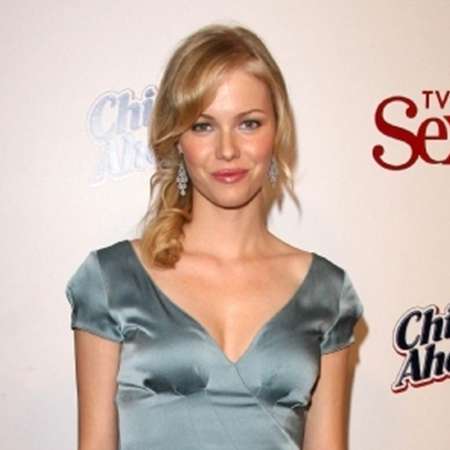 American television and film actress Melissa Sagemiller is well-known for her work in the movies including Get Over It, Soul Survivors, The Cleaning, and Sorority Boys among others. She has also worked in television series like Sleeper Cell and Raising the Bar.

Melissa Sagemiller was born on 1 June 1974, Washington, District of Columbia, the USA to a political activist mother and a professional American football player father. She started her path to the performing arts at a very young age. At age three, she began to study dance - tap, ballet, jazz and modern. When she was 9 years old she made her stage debut in To Kill a Mockingbird and after soon she became a regular on her local stage.

At the age of 14, however, acting took a backseat to model after Sagemiller was scouted by Eileen Ford in a jewelry shop. Modeling took her New York and Paris but She eventually left modeling to take an undergraduate degree in Art History at the University of Virginia.

When Melissa Sagemiller decided to return to acting full time, she began studying at The Stella Adler Conservatory, NYU's Stone Street Studio and at the Michael Howard Studio then after her professional life as an actor began shortly. She started her career by appearing in Movie line magazine in August 2001 and November 2001, Sage Miller appeared in Gear magazine.

Then after she starred on a number of teen films, like getting over It and Sorority Boys, and was the lead actress in 2002 box office bomb thriller Soul Survivors. She has also done other films like Love Object, The Clearing, Standing still, Life on the Ledge, Sleeper cell.

In 2006, Sagemiller played the role in the hit movie The Guardian sharing the credits along with Neal McDonough and Ashton Kutcher.

Later the actress was a cast in television when she portrayed the character Michelle Earnhardt in the TNT series Raising The Bar from 2008 to 2009.

After that series was canceled, Sagemiller joined Law & Order: Special Victims Unit in a recurring role as ADA Gillian Hardwicke. She replaced Paula Patton when Patton departed the series after just one episode. Sagemiller was featured in ten episodes of the 12th season of SVU.

Sagemiller was replaced in the 13th season by Stephanie March and Diane Neal. In 2013, she was cast as a female lead on Chicago Fire spinoff Chicago PD but later left from the show.

Sagemiller was nominated for the Best Supporting Actress (Love object 2003) in Fangoria Chainsaw Awards. Her television show Law & Order: Special Victims Unit has been nominated for and won numerous awards, including the 2006 Emmy for Outstanding Lead Actress in a Drama Series for Hargitay, the first Emmy to be received by a regular on any Law & Order series.

Melissa Sagemiller's Net Worth And Earnings

Melissa Sagemiller has worked in several films and television series from which she has earned a good amount of money. According to some reliable net worth sites, Melissa Sagemiller's net worth is estimated to be around $1.3 million as of 2019.

Melissa Sagemiller became engaged in July 2006 to her boyfriend Sleeper Cell co-star Alex Nesic after he proposed to her in the South of France. The couple has also one child, a son.

Actress Melissa Sagemiller has maintained a good body posture. She stands at a medium height of 5' 6" (1.68 m) and her body weight is around 59 kg. She possesses an hourgla s s-shaped body which measures in 34-24-30 inches (breast-waist-hip). Her bra size is 34B, dress size is 6 and the shoe size is 9.