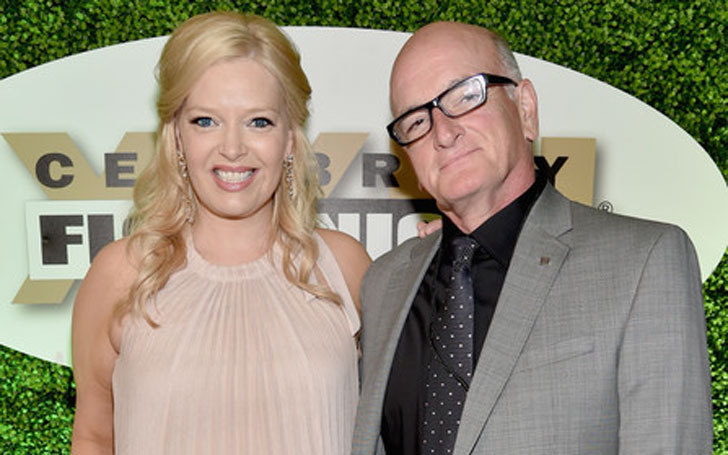 American actress Melissa Peterman who started her career from the theatre is loyal towards the stage even after raising to the stardom. Melissa Peterman who is currently busy on television series like Noches con Platanito and Baby Daddy has recently been cast in a comedy play, Heartbreak Help alongside Marissa Jaret Winokur, Teresa Ganzel.

Professional life aside, the talented and beautiful actress Melissa Peterman is currently enjoying over 18 years of blissful married life with her husband, actor John Brady. Do the happily married couple have any children? How is their married life going? Let's dig into Melissa Peterman's personal life and find out more!

Melissa Peterman and John Brady are one of the most adorable couples in Hollywood.The couple is happily married since 1999.

According to some online sources, Melissa Peterman and her then-boyfriend, John Brady started dating in 1997. The couple officially became husband and wife after dating for about two years.

Melissa Peterman with her husband John Brady on their wedding

Melissa Peterman and John Brady tied the knot in 1999. The couple is in their 18th year of blissful married life currently.

The forty-six years old Baby Daddy star shared a throwback picture of their wedding on her Instagram on 4 September with a caption:

"When you're supposed to be packing for a trip but end up going through old photos. #stilldancing18yearslater"

Melissa took to Instagram to wish her beloved husband on his birthday as well. And her caption says it all; how happy they are as a couple!

"Happy Birthday to the guy who has been photobombing all my photos since 1997. You are loud, fun, a great dad, a good person with great taste in women and I love you. Happy Birthday John Brady!"

John Brady, however, isn't as active on social media. Thank god that Melissa Peterman is active on Instagram, how else would we see all their adorable photos otherwise?

Do Melissa Peterman And John Brady Have Any Children?

The Baby Daddy star and her actor husband welcomed their first child, son Riley David Brady in October 2005 after about six years of marriage.

Peterman is a loving and a caring mom. Despite her tight schedule, the dedicated mother manages to spend time with her son. She shares pictures and anecdotes about her son on her social media time and again.

In one of her Instagram post on 8 June 2017, Peterman shared a picture of her son and she expressed her love:

This was his first day walking to kindergarten, tomorrow he walks his last day as an elementary student. I am the most proud of his kindness and just like this picture I will always be right behind you my sweet boy.

Peterman is indeed a proud mother. And, we are sure John Brady shares the same love for his son, even though he doesn't share it on social media!