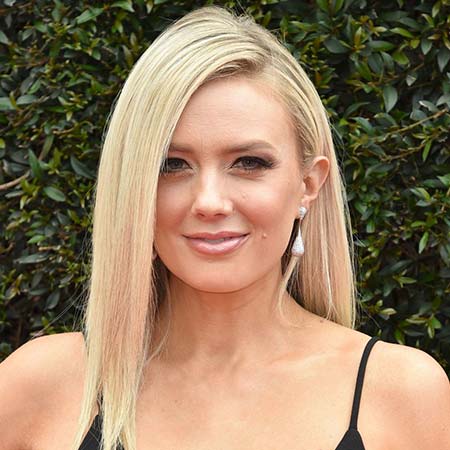 Modeled in many campaigns as well as appeared in many films and TV series, American actor and model, Melissa Ordway best known for her roles in the film 17 Again and TV series Privileged. She debuted as a model, signing with Nous Model Management, making her first appearance on television in 2004 as a contestant on a reality show, The Assistant.

As of 2020, the beautiful actress is portraying Abby Newman on TV soap opera The Young and the Restless. She has been married to actor/singer Justin Gaston since 2012, and the husband and wife share two children.

Melissa Ordway was born as Melissa Pam Ordway in 1983, in Atlanta, Georgia. She is the only child of John Ordway and Christine Ordway. An American by nationality, she belongs to the white ethnic background and shares the birth sign, Aries.

Following her graduation, she attended Georgia State University and became a member of the Delta Zeta sorority. While at Georgia, she was selected to participate on MTV’s reality show, The Assistant, which was her first appearance on television. She won the show and went to Los Angeles to continue her career in acting and modeling.

Melissa started her career as a model, signing with Nous Model Management. Soon after that, she began booking national campaigns and magazines cover making her first big campaign for Sketchers USA, Inc., a lifestyle and performance footwear company.

Her first major appearance on television was on a comedy-drama TV series, Privileged in 2008. She appeared in eight episodes of the series that ran until 2009. Besides, she has appeared in an episode of popular series such as Entourage, How I Met Your Mother, Cold Case, and, The Chicago Code. She has appeared in the popular TV game show The Price Is Right in 2013.

Ordway made her debut on a film portraying Roller Goddess in a 2006 film Friendly Fire, starring Sean Lennon, Bijou Phillips, and Lindsay Lohan, among others. She has appeared in popular movies such as 17 Again and A Very Harold & Kumar 3D Christmas.

Her recent movie appearances were Odd Thomas and The Outsider, and currently, she is portraying the lead role Abby Newman in an American TV soap opera The Young and the Restless.

The 36-year-old starlet, owns the net worth of around $2 million, as of 2020. Debuted as a model, she has crossed over a decade in the entertainment industry and has been successfully maintaining a good fortune.

As an actress she earns an average of $39.84, making around $40 to $50 thousand a year. She has worked in dozens of movies and TV shows in her career.

Besides, she has earned as a model working for various brands and endorsements. Well, she has modeled for popular brands Old Navy, Fabrizio Gianni, David's Bridal, Anchor Blue and Tillys and has also appeared on the cover Los Angeles Weddings Magazine, Grand Sierra Magazine, and Hona Hou Magazine.

The beautiful and talented actress is a married woman and shares, two children. She tied the knot with actor Justin Gaston on September 22, 2012, in a private ceremony.

The duo met back in the year 2011, during the filming of Escapee. After a year of the relationship, they eventually got married.

The couple adopted their first child, a daughter named Olivia in 2016. The following year on December 9, Ordway gave birth to their daughter Sophie Jolie. She currently resides in Pineville, Louisiana, with her husband and daughters.