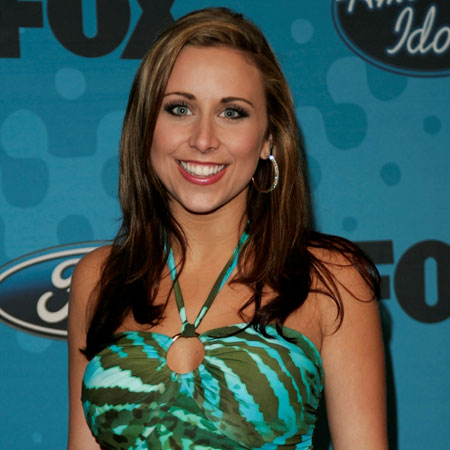 Melissa McGhee was a contestant in the fifth season of American Idol. Before appearing in the show, she used to compete in various beauty pageants. Currently, McGhee is recording originals and cover songs.

Concerning her personal life, she is not married and has no children.

Melissa McGhee was born Melissa Christina McGhee on 14th September 1984 in Tampa, Florida under the birth sign, Virgo. McGhee is American as per nationality and as far as her ethnicity is concerned, she is White. Her parents raised her alongside her three siblings. She completed her schooling at Sickles High School and Land O’ Lakes High School.

Melissa McGhee, at the initial phase of her career, participated in various beauty pageants. In 2006, McGhee gave an audition for the fifth season of American Idol. The show was judged by Randy Jackson, Paula Abdul and Simon Cowell.

On 15th March 2006, McGhee was eliminated from the top 12 in the show. She was with Ace Young and Lisa Tucker in the bottom three. Later, she returned in the final season and started working for a record deal.

After the show, McGhee recorded the song, What About Love followed by covers of various popular songs.

Melissa McGhee is unmarried and has no children. The singer, who currently resides in Saint Petersburg, Florida, is very confidential when it comes to her relationship and dating life. She prefers to hide her dating life from the media and limelight.

McGhee even keeps her social media private. As per available information, she is single at present. She might have dated her boyfriend in the past, however, has not revealed anything related to it.

Melissa McGhee, now 34, is currently recording various cover songs. McGhee, who is one of the finalists of American Idol has an estimated net worth of $3 million according to some online sources. However, the exact figure is not confirmed yet.

According to some online source, an American Idol winner gets $350k and top 12 finalist gets $24k in the show. McGhee was also one of the contestants of the show, so, she might also have earned amount more or less the mentioned one.