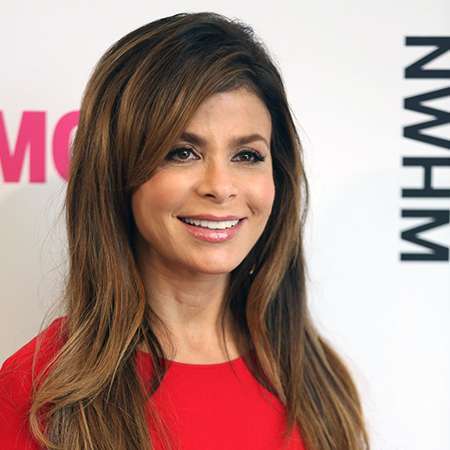 Paula Abdul is a singer-songwriter, actress, and television personality. She started her career as a cheerleader for the NBA club Los Angeles Lakers at the age of 18.

She later recorded several albums and also appeared in numerous films and TV series. She is one of the original judges on the reality singing series American Idol from 2002-09.

Her work has been honored with her own star on the Hollywood Walk Fame.

Paula Julie Abdul was born on 19th June 1962 in San Fernando, California, US to Jewish parents. She is an American songwriter, singer, choreographer, actress, dancer and television personality. She is the daughter of Harry Abdul and Lorraine M. She also has a sister named Wendy.

She had graduated from Van Nuys High School in 1978. She had started her career as a cheerleader for the Los Angeles Lakers. Later in the late 1980s and early 1990s, she scored a string of pop music hits.

She had won a Grammy for Best Music Video- Short Form for Opposite Attract and also won twice the Primetime Emmy Award for Outstanding Choreography.

After a few band members had watched Abdul while attending Los Angeles Lakers she was discovered by The Jacksons. She had signed to do choreography for the video Torture. The video got success which led to Abdul’s career of choreographer in music videos. Due to the success of the Abdul was chosen as the choreographer for Jackson’s Victory tour.

During the 1980s, she choreographed videos for several singers including many videos for Janet Jackson. Abdul released had released a dance workout video in 1995 entitled Paula Abdul’s Get Up and Dance, hip-hop style workout and a fast-paced.

Her second video called Cardio Dance in 1998 which was re-released on DVD in 2000. Again she had launched a cheerleading/ dance/ fitness DVD series named Cardio Cheer in 2005 which is marketed to children and teenage girls involved with cheerleading and dance.

Abdul used her savings to make a singing demo in 1987. In 1998 she released her debut pop album Forever Your Girl. The album became hit No. 1 for 64 weeks on the Billboard 200 album sales chart. She won her first Grammy for Best Music Video for Opposite Attract and was nominated for Best Female Pop Vocal Performance for her song Straight Up.

In 2002 she had also appeared as one of the three judges in American Idol- the reality music competition show. During being as a Judge on American Idol Abdul had also accepted to be a reporter for Entertainment Tonight. Her second greatest hits CD Greatest Hits: Straight Up was released by Virgin

Records on 8th May 2007. In February 2008 it was reported that she was working on a new album. She had also hosted RAH a 90-minute cheerleading competition on MTV in January 2009.

She also presented a Lifetime Achievement Award for choreography in January 2010 at the 11th Anniversary show of The Carnival: Choreographer’s Ball. In 2012 October 15 Abdul also served as a guest during week four of the All-Stars version of Dancing with the stars. Abdul was also named as a judge on So You Think You Can Dance Australia in October 2013.

Paula Abdul's Net Worth And Salary

The singer-songwriter, actor and professional dancer Paula Abdul’s net worth is $30 million, as of August 2018. She has acc u mulated this fortune with her numerous sources; record sales, acting, dancing and endorsements.

Abdul got married to Emilio Estevez in 1992 and later on got divorced in 1994. In 1996 she again got married to clothing designer Brad Beckerman at carousel museum in Bristol, Connecticut. Later on, in 1998 they got divorced because of irreconcilable differences.

But on Valentine’s Day 2006 she appeared with Dr. Phil. In July 2007 she announced that she began dating a restaurant owner J.T. Torregiani who was 12 years junior to her.

They broke up in June 2008 due to their hectic work schedules. In April 2005 Abdul announced that she was suffering from a neurological disorder which causes chronic pain called Reflex Sympathetic Dystrophy.