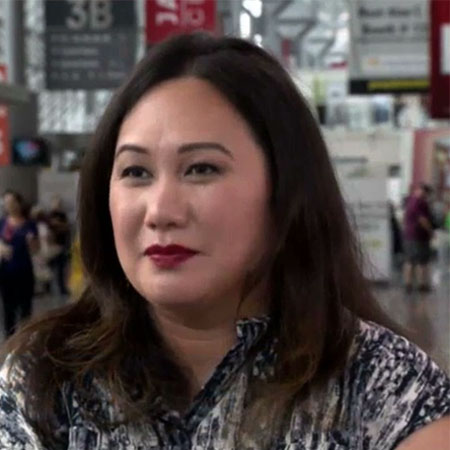 Melissa de la Cruz is a renowned novelist who is highly admired for her writing skills. She is a critically acclaimed writer. Her more than thirty books have topped on the USA Today, Wall Street Journal and Los Angeles Times bestseller lists.

Melissa was born on September 7, 1971, in Manila, Philippines. Regarding nationality, she holds the citizenship of both Philippines and America. Her birth sign is Virgo.

Melissa spent her early years in Manila and immigrated to San Francisco when she was 12.

Melissa graduated from Convent of the Sacred Heart High School. Upon high school graduation, she received a degree in art history and English from Columbia University in New York City.

Till date, Melissa has published different series of books which include The Ashleys, Au Pairs, Summer of the East End, Blue Bloods Novellas, Heart of Dread, Ring & the Crown and many others. She is the author of the Blue Blood Series. It was published in March 2006. In 2012, she published another series named the “The Beauchamp Family”. The first book of the series is about a girl who attended an exclusive preparatory school.

Melissa recent books include ‘Something in Between’, which was published in 2016. It was inspired by de la Cruz’s own immigrant experience moving from the Philippines to San Francisco.

Melissa made her appearance as an expert on fashion, trends, and fame for CNN, E!, And Fox News.

Additionally, she also serves as the co-founder of YALLWEST, and the co-director of YALLFEST.

Melissa is a married woman. She married Michael Johnston, an architect, and writer. Since getting married to till date, the lovely couple is enjoying their married life. There is no any issue of separation and divorce between the lovely couple.

Their relationship is depending on mutual trust and understanding. They have two children both daughter. Melissa has not mentioned with whom she dated in the past. She is a loyal wife as well as a caring mother.

Melissa is the philanthropist. She works for the betterment of people. She works at the position of Advisory Board of Facing History and Ourselves that reaches five million children across the nation with a curriculum devoted to teaching empathy and social justice.

Melissa has the huge number of fans and followers on social networking sites. One can find her profiles on Twitter, Instagram, Facebook, as well as on Tumblr.

Melissa has earned huge amount of wealth from her works and publications. Her average income is $40000-$50000 per year and her net worth is less than a million.